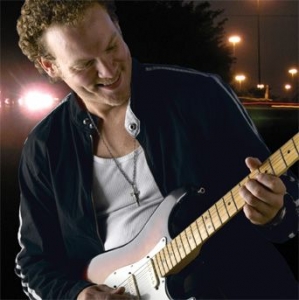 Bryce Janey began his career in his hometown of Marion, IA at the age of 13 in a blues-rock trio called The Janeys. With his mother on drums and his father BillyLee on guitar, The Janeys played regionally and nationally from Chicago to Los Angeles. They shared the stage with over 50 national acts, including Buddy Guy, Delbert McClinton, Blues Traveler, Johnny Winter and Koko Taylor.

While still in The Janeys, Bryce began a solo career and released his first CD, Practice What You Preach, in 1996 on Hot Fudge Music label. This release was later picked up by an independent label in Minneapolis, MN where Bryce began to showcase in local clubs like Whiskey Junction and BrewBakers in St. Paul.

Two more CDs were released, Live at Checkers Tavern and Sweet Baby Jane. These early CDs have gained national attention and five stars from Blues Access magazine (1998) and great reviews from Blues Revue and Living Blues, among others.

In 1999, Bryce signed with San Diego music attorney, Rod Underhill and became the number one artist on mp3.com later that year.

In 2001, Bryce released his next CD, Bare Wire, and began touring again with his own band and with Iowas own The Blue Band. Bryce played festivals and successful venues like B.B. Kings in Memphis and Buddy Guys Legends in Chicago. The Blue Band also played venues in Minneapolis, Kansas City, St. Louis, Nashville, Denver and Keystone.

In early 2003, Bryce released Live At JM OMalleys. That same year, he also released The Janeys with his father, Iowa Rock and Roll Hall of Fame Inductee, BillyLee Janey. He performed with The Janeys father/son team-up, as well as with his own band.

Bryces influences include many artists ranging from Gene Vincent, Buddy Holly, and Chuck Berry to Jimi Hendrix, Cream and The Band, in addition to many blues artistsChicago style to Old Delta Robert Johnson. He also has a great love for country and folk music and tries to combine these into a melting pot genre of his own version of rock n roll, county, and blues with a touch of acoustic ballads and R&B. His voice likens Kim Wilson of the Fabulous Thunderbirds and his guitar playing has been compared with Robert Cray and Buddy Guy.

The last two years Bryce has been living, writing and performing in eastern Iowa. His new songs were recorded at Catamount Studios in Cedar Falls, Iowa with gold record producer of Stone Sour, Tom Tatman. Heal the Night is quite simply his best work. All the years of performing, traveling and hard times come out at you! With a soulful voice and passionate lyrics, this reveals the truth of Bryce Janey as a singer, songwriter and musicianAn Artist! As they said in Blues Revue, all the elements that could make Bryce Janey a major blues star are in place!