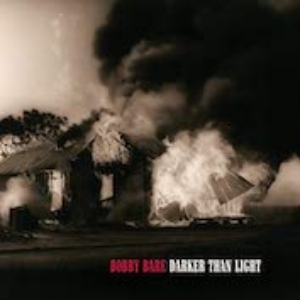 Plowboy Records made its debut with 'Darker Than Light,' a new album of traditional and contemporary blues and folk songs recorded by Outlaw Country icon Bobby Bare, on November 13, 2012. Since it’s release, Bobby Bare was inducted into The Country Music Hall of Fame in November 2013.

'Darker Than Light' was produced by Plowboy Records co-founder Don Cusic and tracked at famed RCA Studio B in Nashville, with a band that includes Buddy Miller and Randy

Scruggs on guitar, Byron House on bass, Marco Giovino on drums and other members of Robert Plant's Band Of Joy. The album is Bare's first release in seven years, and features his inspired interpretations of songs by Bob Dylan, Alejandro Escovedo (who also makes a guest appearance), Lead Belly and others, plus new originals.

Bare's deep, unvarnished voice and his first-rate band's colorful string work guide 'Darker Than Light' from the moody "Boll Weevil" to the foot-stomping Woody Guthrie cover "Going Down The Road Feeling Bad (I Ain't Going To Be Treated This Way )" and heart-breaker ballads "Dark As A Dungeon," a Merle Travis song, and "Shenandoah."

'Darker Than Light' also includes a cover of U2's "I Still Haven't Found What I'm Looking For," and "The Devil & Billy Markham," which puts music to the words of a Shel Silverstein poem originally published in 1979. Also, 27-time GRAMMY winner Vince Gill makes a guest appearance on vocals during original number, "I Was A Young Man Once"

Bobby Bare has earned over 30 Top 20 hits, a Grammy award, and multiple Grammy nominations in a career that spans over 50 years.

1. Going Down The Road Feeling Bad (I Ain't Going To Be Treated This Way)

5. House of the Rising Sun

9. Dark as a Dungeon

16. The Devil and Billy Markham

Bio
When Grammy-winning country star Bobby Bare retired from recording in the 1980s, the reasons were as complex as the business he had been married to for 25 years. His welcome if surprising return in 2005 was motivated by something much simpler.

“Bobby Jr. was really pumped over doing this,” says Bare in his matter-of-fact drawl. “He was the driving force behind it.” Yes, he’s talking about his son — the son whose five-year-old voice helped make the Shel Silverstein confection “Daddy What If” a left-field hit in 1973 — and the artist widely known to the indie rock world as Bare Jr., a musical iconoclast who has more in common with his father than their surface sounds would suggest. Bobby Jr., working with his trusted friend, engineer Mark Nevers (Lambchop), was able to do what no Nashville record label has been able to do in two decades — coax a great voice and a legendary song hound back onto disc.

The album, The Moon Was Blue, crafted by an artist-producer relationship unlike any in Nashville history, sounds unprecedented as well. Because while its superstructure is forged of classic songs by old Bare compadres like Wayne Walker and Allen Reynolds, its decorative exterior displays Bare Jr. and Nevers playing with textures and juxtaposing styles the way they did on Bare’s recent Young Criminals’ Starvation League album. Bobby Jr. calls it embracing Nashville with one arm while molesting it with the other. Bobby Sr. says the ornate background vocals and loopy space noise overdubs just make him smile, and that’s good enough for him.

Thus The Moon Was Blue should prove a thirst quencher for those who’ve long loved Bare’s worldly baritone and mastery of a song. At the same time, it will be an invitation to the Bare Jr. generation to discover an artist whom veteran music writer Chet Flippo recently called one of the most overlooked and underrated in country music history. Bare was a singer capable of sophisticated hits like “Detroit City” or “How I Got To Memphis” and the subversive humor of “Drop Kick Me Jesus.” He befriended and championed the finest songwriters to ever shake up Nashville, including Kris Kristofferson and Tom T. Hall. He was among the first Nashville country artists to embrace Bob Dylan. And he pioneered ideas like the concept album, dodging the Nashville rules to bring a whole record of Shel Silverstein songs to life in the classics Lullabys, Legends & Lies. Often tagged an “outlaw” in the Waylon and Willie camp, Bare’s discography actually transcends categories with a boldly eclectic embrace of American music.

“For me it’s like show and tell,” says Bobby Jr. “Because most everybody who’s bought my records have no idea what my dad does or who he is. So I’m going to let the old man coat-tail on me!”

That truth within that joke was only made possible by virtue of Bobby Sr.’s prolonged absence from the record bins and the magazines, for if he’d remained in focus like John Prine or Billy Joe Shaver, he’d be an Americana hero too. But Bare’s only album appearance since the mid 1980s was the 1998’s Old Dogs, which featured Bare sculpting more Shel Silverstein songs with Waylon Jennings, Jerry Reed and Mel Tillis. It was a well-regarded labor of love, but it was a reunion, not a unique statement by a single artist. Now we have one, and it meets the standard both Bares set for themselves in anything they release, which is that it says something that hasn’t been said before.

Bobby Bare was so destined to succeed in the music business that he broke out twice, the first time inadvertently posing as somebody else. He was a young man from Ohio who’d lost his mother early and who’d moved to California in his teens to work. Returning to Ohio in 1958 to deal with the process of getting drafted into the Army, Bare helped his friend Bill Parsons make a demo at the rented studios of King Records in Cincinnati. With twenty minutes of spare time at the end of the session, Bare asked to cut one of his own songs, a sort of talking blues called “The All American Boy.” The whole thing felt like a comedy of errors. The band couldn’t play it in the right key. The gear for duplicating the master was down. So Bare thought little more of it until the disc got released as a Bill Parsons song on the obscure Fraternity Records and became an overnight national smash.

“Bill Parsons called me up scared to death,” Bare remembers. “He said, ‘They want me on the Dick Clark show, and I don’t even know that song!’ And besides that it’s a talking thing. I couldn’t even lip synch it. Hell, I was ad libbing all the way. I said, ‘Well, just do it and run with it. I’m stuck here. It’s just rock and roll. It’ll be forgotten in three months anyway. Make you some money and buy a car.’ He did! Though he did American Bandstand, and it was a nightmare.”

Ultimately, Bare says he’s glad “All American Boy” didn’t bear his name, because he would have been tagged as a singer of novelties. Instead, after the Army, he returned for a time to California where he wrote and sang his way on to American Bandstand on his own terms. He toured with Roy Orbison and Bobby Darin and wrote songs that were picked up by the likes of Chubby Checker.

But among Bare’s expanding universe of remarkable relationships were the new songwriting masters of Music City. Harlan Howard was a good friend, and Chet Atkins became curious about Bare. “I met with Chet and he said, ‘I think I can cut some hits with you.’ And I said, ‘I’m going to cut some hits, and I think you’re the guy who can do it.’ So he said, ‘All right. Come back in a week and I’ll have the contract. And we’ll see if we can go dig us up some songs.”

One of those songs, “Shame On Me,” not only was a hit, it pointed to Bare’s genre-bending ways with horns and other pop overtones. Indeed it did extremely well on the pop charts as did his follow up smashes, the Mel Tillis/Danny Dill classic “Detroit City” and the traditional folk number “500 Miles Away From Home.” He continued to cut eclectic material for RCA until 1970. Then he had several years of success on Mercury, including “Please Don’t Tell Me How The Story Ends” and “Come Sundown.”

Chet Atkins wanted Bare back at RCA and got him there by cutting a fateful deal. Bare didn’t like the powerful label’s paternalistic approach with producers, so he asked for and won permission to produce his own albums — something unprecedented in the Music Row system. It was more of a watershed than either intended. “Chet said the reason he let me produce mine was, he said, ‘I know you won’t go crazy in the studio and run up big bills.’ That’s what they were scared about. But Waylon and I were friends, and he went to Chet and said ‘I want to produce my own records.’ And they let him. And he came up with Honky Tonk Heroes.”

That was Waylon’s classic album made of all Billy Joe Shaver songs. The same year, Bare took a similar approach, cutting an album entirely by Silverstein. “I told him what I was looking for on a Saturday night. And on Monday morning he called from Chicago and said I got you an album,” Bare recalls. “I said, ‘When can I hear it?’ And he said, ‘Today! I’ll be right down to see you. I’m coming.’ And then I did the album. (Label chief) Jerry Bradley told me later if he’d known what I was doing he’d have stopped it. But it was too far gone.”

The album, Bobby Bare Sings Lullabys, Legends & Lies might not have been supported by the label, but Bare pulled another fast one, slipping an acetate of “Daddy What If” to an Atlanta promoter. The song blew up on WSB and swept the album to hit status, Bare Jr. and all. Bobby followed up with another Silverstein penned album, the casual Singin’ in the Kitchen and later an album entirely written by Bob McDill. Bare is nothing if not loyal to his favorite songwriters.

Unfortunately, the late ‘70s saw country music turn away from Bare’s musical values. “Nashville was trying to do disco, and that just gagged me,” Bare said. He felt pressure to turn in records that weren’t him or that were the him he’d already been. He saw radio playing younger generations (which is all well and good he says). And he grew weary of the road. So trading his tour bus for a fishing pole had its allure.