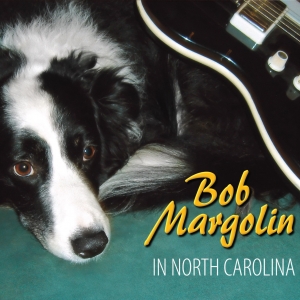 Steady Rollin’ Bob Margolin is a Blues guitar player and vocalist, carrying on the deep Chicago Blues style and creating his original music today. From 1973-1980, Bob played guitar in the band of Chicago Blues legend Muddy Waters, touring worldwide and recording, and learning to play Muddy's powerful music directly from him. In 1980, Bob started his own band, and he's still on the road and recording. He won the W.C. Handy award for guitar in 2005, and again in 2008.

This 2007 album is In North Carolina, on his Steady Rollin' Records label. It features Bob playing his Blues at home, both solo and on all the instruments, rather than in a studio or onstage.

Recently, Bob has also co-produced, consulting on, and writing liner notes for re-issues of Muddy Waters’ late-‘70s Blue Sky albums for Sony/Legacy. Bob played guitar on those albums. The first, Muddy Mississippi Waters Live Legacy Edition was released in September ’03 and won a 2004 Handy Award for “Reissue of the Year.” The other Muddy Waters albums, Hard Again, I’m Ready, and King Bee were released in May, 2004. He is also writing liner notes for Muddy Waters Classic Concerts, a DVD by which includes three of Muddy’s shows over 17 years, plus bonus interviews and music.
Bob is a senior writer for Blues Revue magazine, and a regular contributor to BluesWax online magazine.