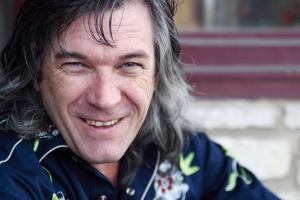 Billy Eli writes tight, lean songs played with an inviting groove His songs of love, longing, the road, and getting by are, in his words, sometimes happy, sometimes sad.

His first album, “Something’s Going On,” released in 1994, garnered strong reviews in the US and a cult following in Europe. He has since released four more albums and recently began embracing the single release format. However, he currently has a full, old fashioned style album recorded and in the can waiting for release on vinyl in the coming year.