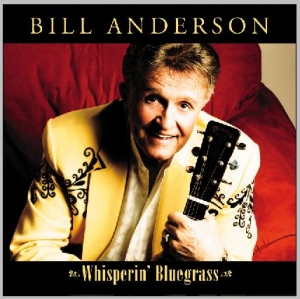 There are many great bluegrass musicians who played on this album. Mandolin and fiddle player Andy Leftwich is a member of Ricky Skaggs’ Grammy winning Kentucky Thunder band. Les Singer (acoustic guitar) has been a member of Bill Anderson’s band since 1980, while Charlie Chadwick (upright bass) and Mike Toppins (acoustic guitar, dobro, and banjo) have also played in Bill Anderson’s band for many years. Producer Steve Ivey (acoustic guitar, piano, and backing vocals) is a Billboard Top 10 producer with over 100 recording projects and music for TV and film that have garnered him both Grammy and Emmy nominations, Tele Awards and many other accolades. Rob Ickes (dobro) rounds out this talented group.