Big Time Sarah - A Million Of You 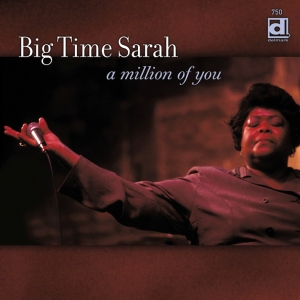 During her 25 years as a professional blues singer Big Time Sarah has built a solid reputation worldwide with regular tours in the U.S. and abroad. She started sitting in during the late ’60s with Louis and Dave Myers, Buddy Guy and Junior Wells, and Magic Slim. In her musical persona, her lyrics, and her personal life, Sarah is a woman of power who staunchly refuses to bow before any authority but the Lord and her own iron determination to prevail. A Million Of You features five new songs Sarah collaborated on with songwriter Henry Bolden and arranger/guitarist Rico McFarland. Although more than capable of wringing the last drop of soul out of a slow burner, most of Sarah's music is about having a big time and Sarah delivers with gusto!