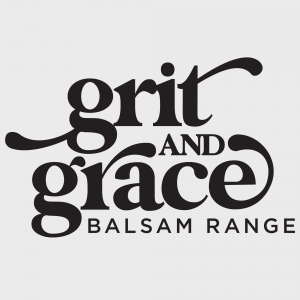 If ever there were a time when we all could use a little “Grit And Grace,” it’s now — and that’s both the title and the message of the latest Mountain Home Music Company single from award-winning quintet Balsam Range. Written in a surprising collaboration between singer Buddy Melton’s mother, Ann, and the powerhouse team of Milan Miller and Beth Husband, it’s an emotional meditation on meeting hard times with perseverance and spiritual courage — “one part moxie [and] another part mettle,” as it’s put in the song’s soaring chorus.

The new release powerfully reaffirms the group’s fundamental roots in lifelong community and deeply held values. Over the course of its nearly fourteen years, Balsam Range has been given the highest honors in Bluegrass, with two IBMA Entertainer of the Year trophies (and a multiplicity of others); earned formal recognition by the North Carolina legislature; and had an official day to celebrate their music proclaimed in their western North Carolina home town. Through all the honors they have remained genuine and down to earth, dedicated to authentic, compelling stories about people both real and imagined, drawn from real experiences.

“Grit and Grace” is a continuation of that tradition, reflecting genuine trials and the qualities it takes to overcome them — a heartfelt response to life’s struggles that gains its strength from the sense of community and values shared by both the band and their fans.
“‘Grit and Grace’ is the kind of song that every single person who walks this earth can or will likely relate to at some point during their journey,” says Buddy Melton. “But with determination, courage, faith, and finding the inner grit to overcome struggles, we live to tell another story. One that has a happy ending for us. My desire is that this song provides encouragement and strength to anyone who may be suffering. That they may find peace in knowing they are not alone.”
Starting with hushed guitar from Caleb Smith and Melton’s delicate fiddle tones, the song offers a contemplative account of a man with “holes in my heart” who has nevertheless found redemption “through all the tears and fears I had to face, [when] I supplied the grit [and] God supplied the grace.” Underpinned by Tim Surrett’s somber bass and colored by touches of banjo from Marc Pruett and mandolin by Darren Nicholson, Balsam Range’s performance rises gently yet insistently to a final chorus made all the more powerful by the band’s restraint, as glistening harmonies and the song’s simple, yet poetic lyric convey the song’s message more effectively than any dramatic crescendo could hope to achieve.

The 2018 International Bluegrass Music Association’s Entertainer of the Year, Balsam Range, has become one of the genre’s most award-winning acts. Since forming in 2007, the group has garnered 13 IBMA awards on the heels of 8 critically-acclaimed albums. Balsam Range has left audiences spellbound while headlining major festivals from coast-to-coast, selling out venues across the nation and in multiple appearances at the Grand Ole Opry. The band collaborated with the Atlanta Pops Orchestra Ensemble to record 2 albums, the second of which, Mountain Overture, debuted on the Billboard Bluegrass Chart at #5 and the Classical Crossover Chart at #6. Their previous outing, Mountain Voodoo, debuted at #4 on the Billboard Bluegrass Albums Chart and remained on that chart for 45 weeks. Three singles from that album reached #1 on the Bluegrass Today Chart, including “Blue Collar Dreams,” which spent three consecutive months at the top. The band most recently claimed the #1 radio chart spot with their single “The Girl Who Invented The Wheel.” In addition to winning Entertainer of the Year, Balsam Range vocalist Buddy Melton won IBMA’s Male Vocalist of the Year and bass player Tim Surrett won IBMA’s Bass Player of the Year in 2018.