Ned Luberecki - Back In Baltimore 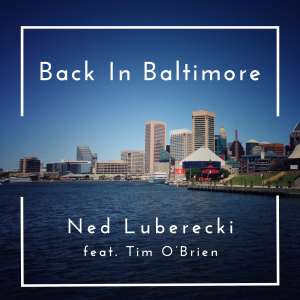 Back In Baltimore was inspired while on tour with the Becky Buller Band through Ned’s home state of Maryland. Co-written by Ned Luberecki and Becky Buller, the song recalls a time when a young man moved from the mountains to the city in search of fortune and adventure and “All that lie in store, Back in Baltimore.” Ned and Becky both realized early in the creation of the song that they heard it in Tim O’Brien’s voice and were thrilled to record it with Tim. The track features: