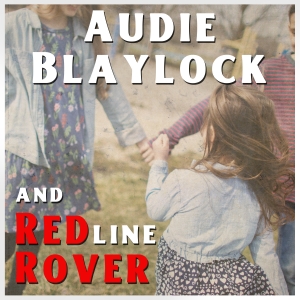 True to bluegrass form, "Love's Fleeting Fire" shares the experience of heartbreak and loss from an uplifting musical perspective and does so with a freshness that belies its traditional feel. The lyrics are crisp accompanied by powerful instrumental breaks, and the harmonies that sparkle, twist, and soar with a superb vocal highpoint at the end.

“Love’s Fleeting Fire” is follow up new music after Blaylock’s highly successful debut album Originalist on (615) Hideaway Records which yielded many hit singles including “Love Is An Awful Thing” reaching #1 on the Bluegrass Today Weekly Chart and “The Gate Called Beautiful” reaching #1 on the Bluegrass Today Weekly Gospel Chart.

The single will be available commercially wherever digital downloads are available in mid-April including iTunes and Amazon and streaming on Spotify and Pandora.

For more information on Audie Blaylock and Redline go to their official website.

ABOUT AUDIE BLAYLOCK AND REDLINE:

Audie Blaylock’s musical journey is a familiar one in bluegrass music, having grown up in an Appalachian musical family, his musical education started early and led to him sharing the stage with some of bluegrass’ finest and most respected artists, including first generation bluegrass character and giant, Jimmy Martin, as well as Red Allen, Harley Allen, Lynn Morris, Michael Cleveland, and Rhonda Vincent.

Audie Blaylock and Redline have an unofficial motto of sorts: It’s all the same thing. Classic cars, forward rolls, love, art, loss, faith...life. This cohesive connectedness and a willingness to see the world through the lens of tradition without boundaries makes Redline, now in its second decade of existence, a unique fixture in the world of bluegrass, where at times the music can indeed sound like “the same thing.” But for Redline, “the same thing” means it all comes from the same place, which enables them to create music that honors tradition through innovation. And they are not the only ones to have noticed.

Audie has garnered such prestigious awards as the IBMA’s Instrumental Group of the Year and Entertainer of the Year, he’s been nominated for both Guitar Player of the Year and Male Vocalist of the Year, he’s had numerous #1 and charting singles on the charts, his music has been featured as the theme song for Travel Channel’s series entitled Backroads Gold, he has even been nominated for a Grammy. That’s just to say that though Audie and Redline are singular in their approach, they are not just more of “the same thing.” They are a force to be reckoned with; with all the power of classic cars, forward rolls, love, art, loss, faith, and life behind them, thrusting them into the future. Honoring tradition through innovation. For Redline, they are the same thing.

When Sammy Passamano, III founded (615) HIDEAWAY RECORDS he was carrying on a very long line of tradition both in family and music history. The Passamano name has had an impact in the music community for over three generations, starting in the 50’s when Sam Passamano, Sr. began his celebrated career as a top Executive at MCA (Universal) Distribution. Sam, Jr. followed in his father’s footsteps in a top marketing post at MCA Records and later brought Rural Rhythm Records to international recognition as one of the today’s top producers of Bluegrass music.

As the third generation in the long family line, Sammy, III was an integral part of the development and success of Rural Rhythm Records, now forging his own path in the steeply rich family and music tradition.

In 2019 Sammy III hit the ground running with his (615) HIDEAWAY RECORDS with the release of Bluegrass veteran Audie Blaylock’s debut album “Originalist”, which yielded two #1 hit Bluegrass singles. This immediate label success was followed up with Top 10 Bluegrass hit singles from Nick Chandler and Delivered, the Crowe Brothers and Banjo master Bill Emerson which also yielded a #1 hit Bluegrass single. 2021 promises to be a big year for (615) HIDEAWAY RECORDS as it continues its quickly developing rise in the Bluegrass community. In addition to new releases by the Bluegrass hitmakers mentioned above, the label will be releasing eight albums from the vastly rich catalog from the legendary Ronnie Reno and his Reno’s Old-Time Music library…and look forward to some exciting new artist additions to the label roster.

Several Seasons are now available with more Seasons becoming available throughout the year. Performances include Bluegrass legends along with today’s Bluegrass hitmakers and fresh new talent from the rising stars in Bluegrass.

Sammy III, has a strong vison for the future as he combines his family and music traditions in both audio and video formats and new media to provide great entertainment for today’s generations and beyond.
14
What's This
Advertisement