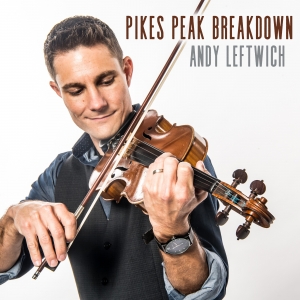 Why You Should Care: Four-time GRAMMY®-winning instrumentalist Andy Leftwich is best known for his years-long stint as the fiddle player with Ricky Skaggs’ Kentucky Thunder, but his experience in roots music stretches further back when he won the National Championship for Beginners at 12. By the time he was a teenager, he had appeared on the Grand Ole Opry and “Music City Tonight” with Crook and Chase. At 15, he capped off his contest career by winning Winfield, Kansas’s Walnut Valley Old Time Fiddle Championship, one of the most prestigious contests in the country. In addition to 2005’s solo album, Ride, Andy has recorded two critically acclaimed albums as a member of Three Ring Circle (with dobro player Rob Ickes and bassist Dave Pomeroy), and built an impressive list of studio credits as one of Nashville’s top session players. His most recent release, “Through The East Gate” was featured as one of Apple Music’s best new Americana songs and in the Americana Music Association’s weekly newsletter.

With “Pikes Peak Breakdown,” his fourth instrumental single for Mountain Home Music Company, Andy Leftwich lays down another marker to cement his stature as a unique figure in the forefront of contemporary bluegrass. The Tennessee native is an indisputably world-class virtuoso on two instruments — he plays both fiddle and mandolin here — and a sophisticated yet thoroughly rooted composer to boot. Named for the Colorado landmark whose breathtaking beauty is matched by the stunning speed and musicianship displayed here, the tune has his award-winning companions on bass, banjo and guitar scrambling to keep up with Leftwich as he negotiates the two-part melodies’ intricate, cascading twists and turns.

Says Leftwich, “‘Pikes Peak Breakdown’ is a song I wrote with one thing in mind…Hold nothing back! I wanted a fast paced, barn burner bluegrass song with exciting solos, backed with some of the best pickers of our day. Bryan Sutton, Scott Vestal, and Mark Schatz help me out with this one, and I’m so thrilled to have a song that shows off their musicianship and gives them a chance to throw down. I named the song after the beautiful Pikes Peak in Colorado Springs, CO, after playing there several years ago with Ricky Skaggs and Kentucky Thunder.”

From his opening statement of the tune’s two parts over a syncopated, almost jittery rhythm section, the track follows with a breakneck round of solos that finds Leftwich matching himself on mandolin, then reaching even higher levels of inspiration in subsequent fiddle turns — interleaved with solos from Vestal (banjo) and Sutton (guitar) that quote and expand upon the composer’s own elaborations of the melody. Near the end, the music briefly suspends its forward rush to allow for a slow build-up of tension as the players trade phrases before plowing ahead to an explosive ending, leaving no doubt that Leftwich’s goal of holding nothing back has been more than met. His name might not be as widely recognized — yet — as some of his few peers’ are, but judging purely by the musical intensity of “Pikes Peak Breakdown,” Andy Leftwich deserves every measure of recognition that’s come his way and more.
12
What's This
Advertisement