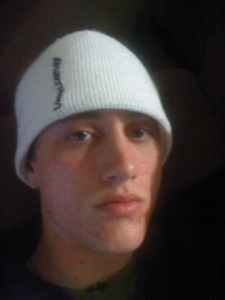 im born and raised in brisbane, australia and moved to cali when i was ten... i listened to hip hop and rap from the age of ten in california, and developed my style of music and wordplay... i came back to brisbane after starting a group with Key-One and Absence called Home Star Base as it went nowhere... i released a profits thoughts in 2008 and im now working on my second album... im down with many real heads in the game, ascociating with artists like phreaf loe, fat J and the Dead Beat Society, LKP and hashpound, XXI, PJ, DJ Daze, Trackman, DJ DPHY, Twitch and Napalm Beats, and many others in brisbane.... im now managed by Rasta Joe who you can find in West End and around Brisbane doing his thing... i have now formed a group with Mantist called NO Pain NO Gain, and will be performing more and more... you can find me on iTunes, Napster, eMusic, Rapsody, and all other music downloading sites.... check out my UTube at www.youtube.com/aliaticcent.... peace out and God bless!!! ALI
0
What's This
Advertisement