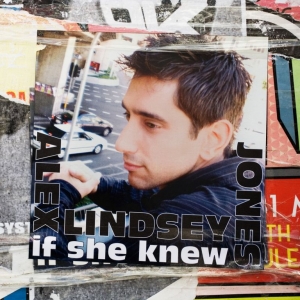 Alex Lindsey Jones is an independent artist with an original and addictive brand of radio rock, his unique style and vocals represent a breath of fresh air in the music scene.

From an early age, Alex was musically minded and influenced by his parents taste in music from Elvis to the Beach Boys. At the tender age of 15, Alex had written his first song and within two years he had penned over 200 original pieces, already developing the distinctive style that can be heard in his music today.

Singing was and always has been a passion for Alex and it wasn’t long before he broke out onto Sydney’s acoustic scene. Showing real promise as a vocalist and writer, his career took him to the UK for two years where he played over 120 shows and supported artists like Chuck Prophet, Tom Hingley (Inspiral Carpets) and the Brian Travis Band.

In 2003, Alex decided to return to Australia to record his 11 most warmly received songs onto what would become his debut album ‘If She Knew". Completed patiently and independently funded over a four year period, his album is best described as "a no frills, back to basics, rock 'n' roll record".

The video for the lead single "Your Love Is Amazing" will be released in early September along with the album.
1
What's This
Advertisement