A Softer Side of Country 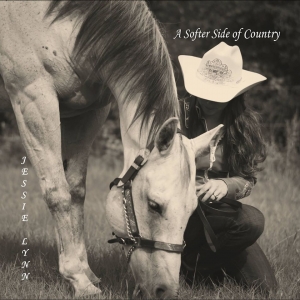 Upon the release of her album, she immediately took out on her 2016 radio tour promoting and providing special appearances at multiple FM, AM, online, and satellite radio stations around the southeast.

Currently, many of her works off this album are in active rotation on multiple FM/AM, online, and satellite radio stations around the nation and the globe.

Through many of her own original pieces, written works by Vernon Rust and Casey Davis, and classic gospel hits that span the decades, Jessie Lynn was able to showcase her true Alabama "Cowgirl at Heart" attitude and southern roots with smash hits like "Old Pair of Boots," "Dirt to Diva," "Every Lost One of Us," and "Boots N Bling Its A Cowgirl Thing."

In addition to these works, Jessie Lynn was joined by her grandmother and twin sister, Loyce and Joyce Hanson, after 30 years of not being in the studio to create a one of a kind collaboration for all three of her gospel tracks on the album!

Overall, "A Softer Side of Country" is an album for the whole family! Everyone can relate to each song in one way or another! Don't believe us, check it out!
0
What's This
Advertisement