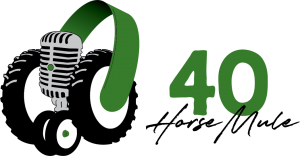 New single, Back On My Knees, is finally here! I have always enjoyed this original by Billy Troy and was excited when he agreed to a 40 Horse Mule version..
I hope you like traditional, country sounding music with a bluegrass feel, cause that is what you are going to get in this original tune.

New instrumental, Ann The Dreadful Snake, is coming soon! We hope you like banjo, and some hot fiddle and guitar work from Jason Roller, cause that is what you are going to get! lol.. stay tuned my radio friends!The Snake is being released May 1st.

Thunderhead is now available! Find it at all your favorite digital stores including iTunes, Amazon, Apple Music, Google Play, etc..!

EP is still available on iTunes, Apple Music, Amazon, Spotify and Google Play, and cd is now available on Amazon On Demand.

Billy thought Papa Gene's Blues would be a good song for the project.
He was right! We are both Monkees fans, so this was the perfect choice.. We hope you enjoy it!

This song was written several years ago, and has a story to go with it! But for now, I hope you give it a listen, and enjoy.
Jack The Tobacco Farmer is available now in digital stores, iTunes, Apple Music, Spotify, and Google Play.

Hell, Fire and Brimstone, our first single, is still available on iTunes, Apple Music, Spotify and most digital stores. It is also included on our new EP.

Farm Country is an instrumental written by Bennie Boling, while working with the Farm Hands. "It is a fun pickin' song, and I just wanted a 40 Horse Mule version to have on our first EP", Boling said.

That's What You Get (For Leaving Me)
writers: Billy Troy/Bennie Boling
publishers: Randy Scruggs Music/Spirit Of Nashville One

Uncle Josh Graves played Dobro on our original demo. Those tracks, along with Glenn Duncan on fiddle and Jim Brown on guitar, were used in recording new tracks with the 40 Horse Mule team! What an honor to have such a special featured artist on this track!


The name, 40 Horse Mule, comes from a line in a song describing a tractor, written by project founder and bass player, Bennie Boling, “Year after year he broke the hard ground, with his ol' 40 horse Ford mule”. Boling had been wanting to do this project for several years, so when the time seemed right, he enlisted the help of friends that he had known and worked with throughout his music career.


Billy "Troy" Graves, son of the late, great Uncle Josh Graves from the legendary Flatt and Scruggs and the Foggy Mountain Boys, sings lead vocal and brings a lifetime of music and experience to this project. Boling commented: “I have always liked a heavy bass sound, along with a strong lead vocal, when I listen to music. That’s why Billy Troy makes this project so much fun for me. He has that powerful, experienced voice that only comes with time and talent. Billy and I have written several songs together throughout the years, and now are rediscovering how some of those songs work great for this project.”

Steve Huber is on banjo, and his name is well-known in the bluegrass world, not only for his many years as a player but also for the instruments he builds through his Huber Banjo Company and his extensive knowledge of pre-war Gibson banjos. Steve has worked with The Paisleys, Paul Adkins, Kenny and Amanda Smith, and other known names in the bluegrass field. Boling commented, "having Steve on this project is like having our own human metronome…a really tall metronome!"

Jason Roller helped out on the recording’s first single, Hell, Fire and Brimstone, by putting down incredible guitar and fiddle tracks and Boling was honored to have him! He also did the same with several other songs on our EP! He is one of Nashville’s nicest and most talented musicians for sure.

Marc MacGlashan was kind enough to put the icing on the cake with his phenomenal, solid mandolin playing. He has been a favorite of Boling’s for many years!

40 Horse Mule's goal is to record originals and their versions of some standards, so there’s hopefully something that everyone can recognize or relate to. 40 Horse Mule is heavy on songs with a message; Boling commented, “I love a song with a message. I figure if I have about 3 minutes to say something I had better get to the point, and try to make it interesting to whomever is listening.”

40 Horse Mule would like to thank everyone who helped make this possible, especially Scott Vestal at Digital Underground for all the time, hard word, and valuable input on our first single. We also want to thank Chris Latham at Gorilla’s Nest Recording, for his help, support and hard word on putting together the rest of our EP.

We also want to thank Bluegrass Today for the wonderful article on 40 Horse Mule.


Bennie Boling started his musical career at age 15, picking banjo on Bonnie Lou and Buster’s Smokey Mountain Hayride in Pigeon Forge, TN. He also worked on their local television show on WATE out of Knoxville, TN. at that time. In 1982, Bennie and his friend, Tim Graves, started the band Cherokee; this band became the official bluegrass band of the World’s Fair that was held in Knoxville, TN that year. Cherokee also featured Tony King on guitar, and Doug Campbell on bass.

Soon after that, Boling moved to Nashville where he worked as the bass player for Mike Scott and the All American Band. In 1993 he connected with another east Tennessee friend, Steve Kaufman; Steve is a three-time winner of the National Flatpicking Championship in Winfield, Kansas. Boling assisted on Steve’s 'four-hour bluegrass banjo workout' instruction book and cd for Homespun Tapes.

During the early to mid-90’s Bennie focused on his songwriting talents, becoming a staff writer for the legendary songwriter, producer, and publisher, Buddy Killen. Several of Bennie's songs have been recorded by top names in music, including Gene Watson, Grand Ole Opry star Jeannie Seely, the Oak Ridge Boys,and many others.

He also spent several years working for Gibson Guitars, building and setting up resophonic guitars and working in quality control. For the past 10 years he has been employed at Huber banjos where he is responsible for a number of tasks including buffing, plating, assembly, CNC operation, and, as Steve Huber describes it,serving as shop humorist. Bennie’s performing credits also include guitar player for the Billy Troy band and a 4-year run as the banjo player for the award-winning bluegrass/ gospel band, The Farm Hands Quartet. He has been nominated 3 times for SPBGMA banjo player of the year.
25
What's This
Advertisement