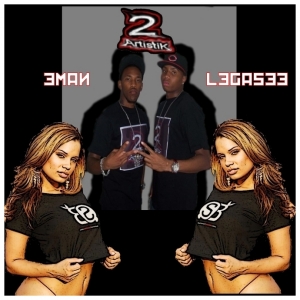 This group 2 ARTISTIK consisting of two members; E Man and Legasee were also Formerly known as a three part group "Dem Bottom Boyz" consisting of E-man, Legasee, and Jack D. The split in the group came up when Jack D decided to make his career a solo career and continue his quest for greatness alone, which we wish him the best of luck with and we'll always support him fa sho, Jack D Has Mad talent so check him out! Therefore the remaining members Legasee and E-man decided to start fresh with a new identity and name creating the name "2 Arti$tiK" describing their personalitys, creativeness and swagger.
3
What's This
Advertisement