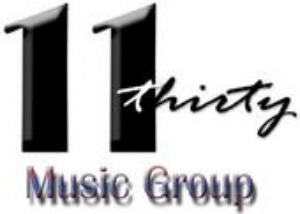 “A New Day is coming… 30 minutes and counting.” The era of 11Thirty Music is about to begin and a new chapter in music history is set to be written. Led by CEO and founder Di’Mon Brown, this extraordinary group of artists, songwriters, and producers are ready to offer their unique spectrum of music to the world. Ranging from the timeless sound of soul and funk, to gritty hip-hop street anthems, to soul stirring gospel, the music from this emerging record label has already begun to make an impact.

The Visionary - As the driving force behind the success of 11Thirty, Di’Mon Brown is a visionary producer and songwriter with an unmistakable sound that is missing in today’s music. The D. Brown sound, a unique blend of soul, funk, and R&B punctuated by colorful chords, driving bass lines, and head-nodding beats brings a fresh feel that many music fans have been waiting for. As a music industry veteran of over 20 years his list of accolades include production of artists that have been signed with Zomba (Gifted 4), Warner Brothers (TCF Crew), and Next Plateau/Universal (Sybil, who reached gold status with her Don’t Make Me Over remake in 1989). Di'Mon was also instrumental in discovering producer/songwriter Antonio Dixon, whose production/songwriting credits include Smokie Norful, Marvin Sapp, R. Kelly, Yolanda Adams, Justin Timberlake, Britney Spears, Mary Mary, Babyface, Joe, and Tyrese. With an unmistakable ear for star quality talent, Di’Mon Brown has a roster of artists that are already making noise: the soulful, and sultry Lindsay R. Watson, the producer extraordinaire Marc’el “Kelsz” Brown, and the hot gospel group GodsHouze.

The First Lady - “When you are formed and fashioned to do something, you can’t run away from it…” This belief is the driving force behind the rising star, First Lady of 11Thirty, singer/songwriter Lindsay R. Watson,. Introduced to Di’Mon in 2003, she became a founding member of GodsHouze. Giving Lindsay his unique sound of Soul, R&B, and Funk she transformed from a classical singer into a sexy soul diva and took the D. Brown sound and made it her own. Her untapped potential as a songwriter emerged during the recording processes. Since Lindsay's debut album Eyes Wide Shut (2006), and her sophomore album Willing to Change (2007) with the hit single "Willing to Change", she has gained national attention of the music industry, and is being recognized as a cross-genre artist: a distinction that has only been accomplished by a select few in the industry.

The Phenom - Marc'el "K. Midas" Brown a.k.a. “K- Midas” is "something like a phenomenon". At only 16 years of age Marc'el has displayed a level of musical talent that surpasses musicians and producers many years his senior. Di’Mon recognized his son’s gift at an early age and began nurturing it by paying for piano lessons. From his first tracks at age 11, it was clear to all who listened that Marc'el was a musical genius. By age 14, Marcel had developed his unique sound of string arrangements blended with trunk rocking beats and melodic bass lines that makes even casual listeners of hip-hop realize that Kelsz is a multi-platinum producer in the making. At the age of 16, Marcel decided to dabble in writing rhymes and penned his first song "Story 2 Tell". K. Midas' debut as a producer is soon to come in the release of Lindsay R. Watson's sophomore album Willing to Change (8-2007). Marc'el (K. Midas) Brown is just getting started on his path to greatness and the sky is the limit.

Grown, Soulful, and Sanctified - GodsHouze is not your father’s gospel group. With songs reminiscent of the classic club records that are still being played today, The GodsHouze album is set to turn the gospel industry on its ear. From their Isley Brothers inspired smash single, “Goin Nowhere”, to the Chic-like feel of “Gods Day”, GodsHouse pays tribute to the timeless funk/soul sound of the the early 80’s and 90’s without compromising their message of love, forgiveness, worship and redemption with songs like “I Just Want to Praise You” and “I Say Amen”.

11Thirty Music Group is a part of 11Thirty Entertainment, which will continue to develop as a multi-faceted media empire in the areas of production, management and more . With a unique sound that sets it apart from other labels, 11Thirty is ready to dominate the competition.

"Your time is almost up…"