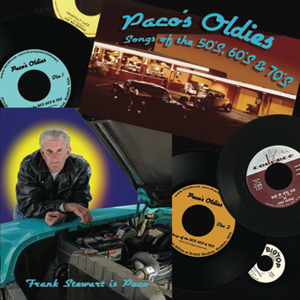 PACO'S OLDIES
The sights, sounds and often bittersweet memories of our own personal Mel's Drive-in of "Happy Days" and the images from "American Graffiti" draw us back to many of our fondest growing up memories. The days of poodle skirts, hula hoops and listening to the great music of the 50's and 60's.

Paco is affiliated with both Bristol Recording Studios & Entertainment in Boston, where he produces his music and with John Robert Powers Agency (JRP New England) in pursuing his modeling and acting career. This February he heads out across America for three months, literally taking his new “For Always” CD & show on the road from Atlanta to New Orleans to LA.
11
What's This
Advertisement