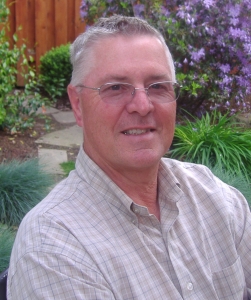 The passion is reborn... to compose, arrange, and record what we see and hear in our minds and hearts. Song writing comes from the soul and reflects emotions and feelings at a moment in time. We want to evoke this feeling to those who listen to our songs and view our artwork and photography. GreenFlashProductions became a reality in the Spring, 2000 with that goal in mind.

I’ve enjoyed performing and writing songs since my youth, playing sax in jazz and rock bands through college. After an hiatus of 20 years, the passion was rekindled again, when I was introduced to the a new music technology found in digital keyboards and pianos. It was like opening the cookie jar and finding thousands of choices never tasted or explored.

Each album is themed from a “life” experience during our 40 some years together. Distinct rhythms, beats and riffs will repeat through each album. My passion and music interest is in the Jazz and World genres with occasional New Age and Classical influences.

“Breakout” being the first album recorded, is just that. After many years of no creative time, this album literally broke out.

“Season of the Heart” came from the passion and love I have for my wife and daughter.

“Hora Alegre” resulted from my interest in Latin sounds within Jazz and Blues genres and our many trips to Cabo San Lucas.

“Chasing the Flash” was inspired from the elusive
“Green Flash”, that rare optical phenomena seen at sunset during the last moment before the setting sun disappears into a flat sea.

"Pure Piano", our latest release, is a compilation of original piano songs that brings forth the passion and beauty of love, family and nature.

Pat and I do the photography and graphics for each album. Most are themed around nature and its beauty. Pat’s keen eye for detail compliments my creative
spirit. We hope you enjoy the music and photography as much as we enjoy producing it.