Volume Five - Children Of The Mountain 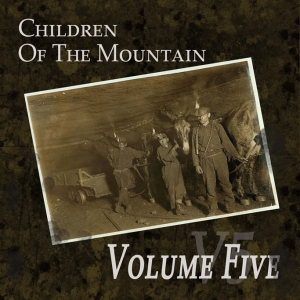 The band first gained national acclaim with their debut CD on Mountain Fever Records titled Down In A Cell. The project was well received by radio and enjoyed chart success including consistent placement at the top of Bluegrass Junction's Top Tracks And Albums on Sirius XM Radio since its release in August 2010.

Children Of The Mountain offers a generous 14 tracks of coal-mining songs, gospel music, revisited country favorites and original material including the title cut, penned by Jesse Daniel who also contributed "Coal Miner's Curse" and the first single from the CD, "Anywhere Is Home Again". Throughout the project, Volume Five members share lead vocal duties proving their versatility on former country songs such as the Shawn Camp/Tim Mensey penned "The Grandpa That I Know", a Patty Loveless release from 2003; the Skip Ewing favorite, "The Gospel According To Luke"; the Don Williams classic "Good Ole Boys Like Me" as well as two Bill Monroe standards; "Cryin' Holy Unto the Lord" and "Can't You Hear Me Calling". Perhaps one of the highlights from the project comes from the pen of Mountain Fever Records label mate Bubba Chandler with the poignantly written "The Rabbit Song" about a widower who watches his years come to an end with his old dog by his side.

From beginning to close, Volume Five entwines each song selection on Children Of The Mountain into the next in an effortless, simplistic way while firmly staking their place among the young professional bands in bluegrass music.