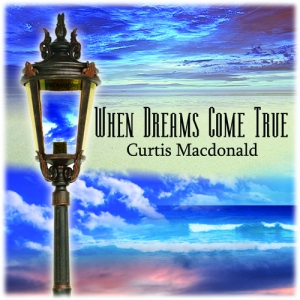 Curtis Macdonald creates reflective, passionate and emotional instrumental compositions that weave a tapestry of New Age, Instrumental Pop and Smooth Acid Jazz into a sound uniquely its own: An effervescent and transparent wash of modern electronica with lyrical piano melodies and improvised solos. Memorable elements that compliment each piece with a romantic and soulful approach that has become a signature of his artistic style.

Signed to the independent label EverSound with Allegro distribution in 2002, Curtis has had two major releases, “Shadow Crossing” [EVM-3515] and “Everlasting” [EVM-3524] and is featured on many compilations as well as the newly released “Eversound Artists 15th Anniversary Concert: The Artists of Eversound Live” [EVM-3533]. He also releases music through the independent label CMMP, which is proud to release his latest CD/Download album “When Dreams Come True” [CMMPCDF6]. His music is available at iTunes, Amazon.com and many internet retailers.

His music has considerable airplay on XM-Sirius, Music Choice and many streaming subscription radio websites. He charted in the New Age Reporter’s Top 100 artist of 2007, received Grammy nomination consideration for “Everlasting”, has won a variety of accolades and has a global fan base that continues to anticipate more new music from this emerging artist.

A self taught artist that became a graduate composer from California Institute of the Arts in Valencia, California, Curtis continues to create image inspiring music. As well as an artist with his own “brand” of music, he has been a contributor to the entertainment industry for over 25 years as a composer for film, television, and new media.