Yarn Shine the Light On 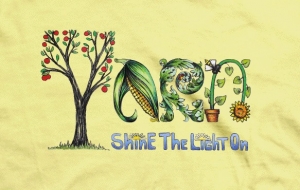 
Yarn Bio
Since their start in 2007, Yarn’s original Americana sound has developed into music that seekers of the unique see as the soundtrack to their lives. Yarn’s first four albums were recognized by the AMA’s and R&R radio charts, spending time in the top 5 at their highest point. Yarn has become one of the hardest-working and harder-touring bands for this generation’s digital natives and new music folllowers.

2012 brings this grammy-nominated roots band into the music revolution, inspired by today’s music devotee’s hunger for artists to believe in and follow, they are giving it to the fans everyday in everyway possible. Yarn’s devotion to their fans is realized in online and social sharing of their music, whether it’s daily video posts, premiering fresh songs on local radio, or performing live in small town venues across the country. They are bringing songs to American music lovers, and the music lovers are responding.

Yarn’s devoted followers, affectionately called the “Yarmy”, answered the band’s request for aid when they funded their new record through Kickstarter. Raising in excess of $5000 of the $15,000 needed, the “Yarmy” proved their allegiance to Yarn and their music being heard in 2012.

The fans have spoken, and on March 20th, Yarn releases their new album, Almost Home, produced by the multi-Grammy winning, Bil VornDick, who has worked with Alison Krauss, Ralph Stanley, Bob Dylan and many others. VornDick came across a Yarn performance at “Music City Roots”, Nashville’s progessive live music show that showcases some of the best of the Americana music scene. Although they didn’t come together that night, VornDick and his wife heard Yarn on a Virginia radio live remote a few days later as they were traveling. VornDick decided it must be a sign and the rest is Yarn history.

Yarn’s mojo continues to provide as they will be making their first appearance at SXSW in the New Frontier Showcase, and traveling in the “On the Fly” RV, courtesy of their 2012 sponsorship with Firefly Vodka. “It seems every good connection leads to another,” says Christiana, “our fan following has really put us in a place to get noticed and we want to repay them for the huge faith in us.” Yarn’s good karma keeps building, being in the right place at the right time. They were recently featured on CNN’s Out Front, during a cover story on Firefly Distilleries. The band just happened to be in town and their music made a believer out of CNN host, Erin Burnett, who, (as she sings along with the band), proclaims, “They are playing good music and living the American dream. We think Yarn is going to make it big!”

Yarn is led by singer/songwriter and cult-master, Blake Christiana, who carries the torch for the fan-following that will transport Yarn into the promised land. “Our fans are like family. We are so grateful to people that love music and will help support us in creating it. It’s just remarkable,” Christiana says. “That’s half of my love of the road; we’ve got what feels like family in tons of cities across America.”

Yarn’s devoted “family” has them following in the fine tradition of The Grateful Dead and Widespread Panic, whose fans will go to any length to see them live, and this year Yarn’s fans will see them plenty. Their rigorous tour schedule has them out on the road for more than 150 dates per year since 2007 and they are not slowing down.

For Yarn, discussion of life on the road goes right back to the audience and the fan’s benevolence. “They want us to survive and to keep creating music, so they will bring us into their homes, let us sleep in their beds, cook for us...the level of generosity is unbelievable,” says Christiana. The Yarn sextet doesn’t hold back when it comes to rewarding their followers for their loyalty. “We are so exposed to our fans...we don’t sit on the bus or hide in the green room, we are hanging out, drinking beer with them, going out after the show...if anyone wants to get to know us on a more personal level, it’s very easy,” admits Christiana. They also make sure that all their live shows are recorded and online for fans freely. “We have been doing that for a few years, and the fans love it,” says Christiana, “whatever it takes, we want to do for anybody that comes out to our shows.”

Is there a mark of success for Yarn? Christiana states it well, “To live comfortably and make music for our fans. I just want to be able to do what I love and eat...so maybe I’m already there,” he laughs, “we want to make good music and hopefully that makes someone else’s life better.”

Stay tuned, 2012 looks like Yarn may unravel the American dream.

Yarn
Brooklyn-based Americana/Alt-Country band Yarn’s sound owes as much to Gram Parsons and Earl Scruggs as to Jerry Garcia and Exile On Main Street-era Rolling Stones. Following in a fine tradition that includes forward thinking roots bands like The Flying Burrito Brothers and New Riders of The Purple Sage, Yarn weaves roots music idioms into a fresh sound that turns on hipsters and fans of country music alike, with technically impressive song-crafting and universal tales from the road of life.

On Yarn’s latest release, Leftovers, Volume 1 you’ll hear vintage tracks recorded during the band’s first studio sessions back in 2006 and 2007. With this retro-collection, listeners witness the poignant emotion and emotive story-telling that has come to define the sextet’s sound, which straddles the genres of Americana and alt-country, with a dash of jam-band.

Their self-titled debut record reached No. 14 on the AMA and R&R Radio Charts, and ranked No. 79 on the AMA’s Top 100 Albums of 2007. Yarn’s 2008 follow-up, Empty Pockets, spent months in the top 5 on the AMA chart and was honored with eight first round 2009 Grammy nominations in several categories. Yarn’s third release, Come on In, held its own as the #25 record on the top 100 Americana chart of 2010.

Yarn is touring intensively and their impressive live shows continue to build the buzz and the fan base fueled by their first four records.