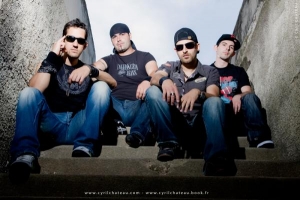 X-Y is an alternativ’ rock band, born at the end of 2006 in the French Riviera, which has made more than 300 gigs since its creation! X-Y’s music is mainly influenced by the USA rock music and bands like Linkin’ Park, Muse, … resulting in powerful modern rock music including electronic sounds and samples.

They won most of the contests in which they participated and made it through the final in national contests amongst hundreds of bands from France, Belgium and Switzerland.

The band has already released 2 singles “Alone” & “Amnesia” and recently their first album “Another Me” which can be bought on the main mp3 webstores.
9
What's This
Advertisement