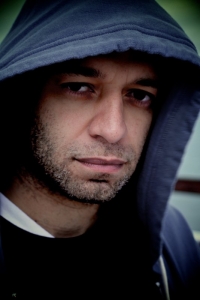 The journey is often a path, which cannot be plotted on a map, yet this road ultimately defines us. I embarked on this musical journey many years ago and have traveled many miles, far more than I can count. If I were to connect the dots they would start in Germany and then cross the oceans to rural Columbus, Georgia were I sprouted my southern roots. Navigating through the south I was influenced by all that is the south. The people and the music became a part of me. This cultural fusion was the thread that wove the tapestry of who I am, a complex mosaic constantly growing as I absorbed this thing known as life.

Throughout my teens well into college, music resonated inside me influences as diverse as one can imagine from Michael Jackson, to Outkast to Beethoven each with their own brilliance and uniqueness. I savored them all. But my appetite was insatiable, the hunger grew. I needed to ingest the whole art; from lyrics to melodies to dance the desire became a passion.

Education was the easy part, while in college I had no difficulty in the classroom, most might label me a nerd that hung out with the cool kids! But while I was in the classroom the hunger to create music constantly pulled at me and that is when I knew I needed to pursue it, become a part of it, make it my life.

I want my rap to be more than just poetry to a beat. I’m an artist and the need to create the lyrics and the music itself is profound. I need to create a sound that is born from me, a sound that cannot be labeled. I realized from the start there would be no fast track; my first album alone is over two years in the making. And that’s a good thing, because so many ingredients are coming together, I didn’t want to create fast food rap. I needed my rap to be like the southern cooking I grew up on in Georgia and everyone knows soul food is always best when simmered over time. My music is my break from tradition; it enables me to embark on this never-ending journey of life from within me.