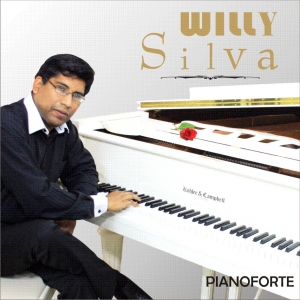 Young talent
After two years and with great joy the young talent Willy Silva delighted the audience that gathered the night of July 26 in the Auditorium of the casa de la cultura of Chiclayo, to participate in the festival of piano culminating yesterday.
The outstanding pianist started audible applause to interpret pieces of Beethoven, Chopin, and Schumann as well as varied music stylized Orchestra and lights.
Without a doubt, was an unforgettable night.

Ready festival concert of piano.
The National Institute of departmental culture Lambayeque organizing well what have been called the "Festival concert of Piano Chiclayo city of friendship".
The first version will take place from 24 to 27 July, four sessions which will begin at 7: 30 in the evening and will cover approximately two hours.
Two exponents of the keyboard, including professionals and students from the 10th cycle of the escuela superior de Música Ernesto López Mindreau will be presented at each date.

To date they have confirmed their participation among others, Willy Silva Mendoza. Each of the participants entonará up to eight subjects and may vary their repertoire between select music classic and traditional Peruvian pieces of contemporary international music.

By Willy Silva piano concerto
Friday 9 November 9 in the evening, the facilities of the National Institute of culture will serve as a stage for the concert to be given by the renowned pianist Taylor Willy Silva Mendoza.
As it became known, the event is organized by the "Association of Pro-donantes of organs' and tissues - APD, and will aim to raise funds to support to the most needy families who jointly donate their organs to people suffering from chronically irreversible diseases.

The concert in addition to interpret classical pieces with his complacent instrument, will share with attendees their own creations that do not deviate from the sweets and romantic touch of their written compositions.

So also it became known that the price of tickets will be symbolic and persons attending the INC will spend a good time with masterful interpretations acts carried out by a pianist, that his talent has also been recognized abroad.

NARRATIVE MUSIC STAND OUT IN THE WEEK OF THE INC
Today at 7: 30 in the evening, the art and the solidarity of the Chiclayanos come together in the piano concerto that will offer the young musician Chiclayano Willy Silva Mendoza, invited by the organizers of total art VII of the National Institute of culture.

It will be a night of romantic music that he INC and Silva planned to benefit children suffering from clinical Home San Juan de Dios. The repertoire includes pieces by Schumann, Chopin, in the first part and second, issues lately as "total eclipse of the love", "Honesty", "Yesterday", among others.

CONCERT PRO ORGAN DONATION by WILLY SILVA
The Association Pro donors of organs and tissues of the Committee on procurement and culture of transplants, performed today at 9: 00 in the evening at the headquarters of the Instituto nacional de cultura were piano concerto conducted by renowned Peruvian musician Willy Silva Mendoza, recalling the slogan "donating is love... Receive is to live".

SOUNDS OF CHICLAYO PERÚ.
To present in Lima his first compact disc arrived in these parts juvenile Willy Silva, who already won a seat as one of the best performers of the piano in his native Chiclayo.
"AMANECERES" is called this production that includes 11 tracks of which known father Pablo Larrán decided to use the main of the same disk name, like background in its programme on radio romantic rhythm in all Peru, as well as played in venues as "the shop is white from Miraflores," where she has already appeared. And to continue the promotion, will offer concerts on Friday and Saturday at the Melia Lima hotel from 8: 30 o'clock

With determined attitude to disseminate his music beyond a concert hall, the Peruvian pianist Willy Silva just edit his new album titled "Sunrises".
"It is a real satisfaction for me that instrumental music has acceptance on radio and especially abroad since I believe that not easy is to enter in this market"-said Silva.
The Board includes 11 tracks of instrumental music which are stylized by the relentless Chiclayano concert piano.
Besides interesting versions of classics as "Lady in red", "Good bye, piece"PIANOFORTE", creation of Silva who has been very successful in Central American countries has been included."
Also, let it listen to the melody "sunrises", theme of the composer Johnny Plenge, that has been selected as the background of the radio program Sunday to Sunday which is driven by father Pablo Larrán and transmitted by radio ritmo Romántica in the Peru.
"I am glad the man to carry through this wonderful instrument and much discipline as it is the piano", - means our pianist.

THE MUSIC OF THE SUNRISES
The hubbub of the city marked a stark contrast with the sweet melodies of Willy Silva, young pianist who delights with fine compositions included in his album the best piano with Willy Silva sunrises.
The musician Chiclayano transits with utmost comfort between classical music, romantic themes and pieces of his inspiration. All of them demonstrates a successful skill and undeniable influence of pianists of world fame, as Richard Calyderman, Yanni, Raúl D'blassio.
After getting praise and critical acclaim in Northern Peru, the artist traveled to Lima in search of conservation. Precisely the day number 28 and 29 this month, at 9: 30 the night hours, will be presented in the "Restaurant bar of the hotel Melia Lima" San Isidro.
With his recitals, will attempt to ratify the why it persists in the difficult world of music.

Oil paintings and puppets in cycle of "ART TOTAL" in the House of culture for the Telesanjuan.
The young pianist Willy Silva Mendoza will form part of Total art VII also but for a humanitarian cause, children suffering from clinical Home San Juan de Dios, for those who will perform a concert of classical and romantic music night of 24 September at 7: 30 at the National Institute of culture.

The Waltz of Chopin, and parts of Sebastián Bach, will be part of her varied repertoire, part of which has already stopped listening to audiences as the Lima acting in the Auditorium of the colegio San Agustín of the capital of the Republic organized by Radio Maria, or also to the Trujillo, while studied at the Conservatory of that city.
"Hopefully more young, other American artists make their art a means to bring love and help those children who need us at San Juan de Dios", commented the pianist with regard to their presentation of the 24, calling that joins the public and share this "love" concert, - said.

The National Institute of culture-departmental Lambayeque PERÚ, presented the first festival "city of friendship" piano concert celebrating the 179 anniversary of national independence of Peru, in the concert hall, with the participation of the outstanding pianists of his town, among them the pianist Willy Silva who appears in the photo.