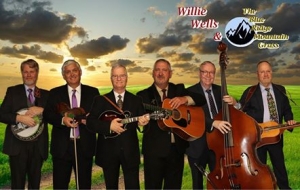 Willie Wells, the son of the late Bill Wells has always been on the music scene. Since the early 70’s Willie has played drums, sang lead and harmony vocals. Willie and another musician friend organized a country music group called “CHOYCE’ that ran for more than twenty years. Having early country music and bluegrass influence from his father, Willie continued to develop and expand his musical direction toward recording studio production.

With their new release, an all Gospel album on Son Sound Records, Willie and the band have chosen a collection of original songs and well loved tunes for their fans that they hope will be treasured for years to come.
1
What's This
Advertisement