Whistle on the Rail by Who Hit John 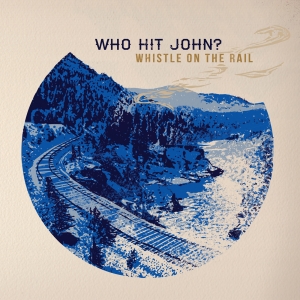 Revue Magazine Thursday, May 23, 2013
Who Hit John?
Whistle on the Rail

The old-timey train that chugs out of this station makes some curiously infectious stops, with rollicking New Orleans horns, back-porch rootsiness, Tom Waits-style storytelling and even a Latin-flavored detour. This eclectic five-piece Kalamazoo string band has churned out its finest album yet at La Luna Recording & Sound (Ian Gorman is the mastering engineer), with harmony- and fiddle-hued tales of riverboat gamblers, crooked trails, June bugs, digging graves and crying "when you're daddy's gone." John Sinkevics

MLive.com article re: CD release May 2013
"WHJ? has evolved over the past five years, from bluegrass and old-time to an eclectic roots sound. Thanks to last year's addition of trumpet player Josh Keller, they've become "Dixiegrass," and can swing towards New Orleans hot jazz or even a European Baltic flavor.."
Mark Wedel - Mlive

Formed in Michigan, back in 2006, Who Hit John? earned their spurs playing shows in bars and on street corners, carving out an audience and winning a reputation for playing good-time roots and Americana. Their influences range widely, from European folk and swing, New Orleans and gypsy jazz, to string-band hoedowns, bluegrass and classic honky-tonk country. When all mixed together, it makes for a heady blend of authentic, exciting folk-rock; and I’m sure they’d go down a storm on the UK festival circuit.

One of the first things you’ll notice on “Whistle On The Rail” is the group’s unfettered enthusiasm and gusto for their material. Whether they’re playing hard and fast or relaxing the pace and making room for jazzier, gentler pieces, there a joyousness running throughout the collection which refers directly back to the five individual members, who all write and sing, and play multiple stringed instruments.

They begin with the vivacious “Jassbo”, a full-on floor-filler, with masses of rhythmic energy and joie de vivre, and will surely inspire many to wild air-violin solos in front of their mirror. On “Dandelions” they hit a rich Americana vein, with a song and style that wouldn’t have sounded out of place on the Grateful Dead’s “Workingman’s Dead” or “American Beauty” albums, and on “Crooked Trail” and “The Sky Hangs Low” they show they can hold their own alongside any contemporary alt. country band you care to mention. Also, I mustn’t forget to mention the final track, the outstanding “Dos Gardenias”. Sung in Spanish and borrowing from the Cuban tradition, it adds something quite special and different to the album.

The Volume Junkie
"I had an awesome time at their show (of course). Their lively, clap-along canter makes for a hell of a listening experience, whether live or recorded; they swim flawlessly through the roots spectrum from straight-up hillbilly ("Cooter Brown") to an organic, almost Celtic sound ("Conscription Man") to a backwater-Baptist, Ozarks goin'-to-meetin' stomp ("The Plan")"
The Volume Junkie