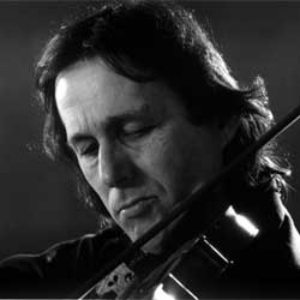 
"AMG - All Music Guide": CD Review "Live in Maribor"
by James Leonard
Volodja Balzalorsky Live in Maribor is Volume 3 of the Volodja Balzalorsky's Live Collection released by Cantabel Productions and Eroica (USA release)...
...Balzalorsky is an intelligent artist with sweet tone and a smooth technique. In this 1989 issue from the International Chamber Music Series of Maribor, Balzalorsky's Dvork Sonatina is delightful and soulful, his Debussy Sonata is light and ethereal, his Paganini Cantabile is ripe and tender, and his Srebotnjak Sonata No. 1 is powerful and persuasive.
With the sympathetic accompaniment of German pianist Christoph Theiler, Balzalorsky's performances are easily in the same league as many of the better international performances of the past 20 years and well worth hearing...