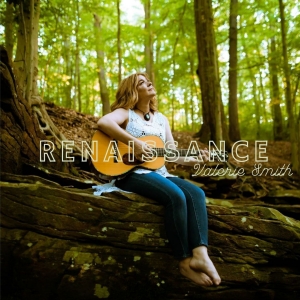 "Renaissance" crosses through multiple musical genres while still staying true to the Valerie Smith sound that encompasses an acoustic flair with a touch of bluegrass. The songs cover subject areas of love, finding love, acceptance, and regret. The project signifies the journey Valerie has made in her life with optimism to which others can relate. She includes upbeat, happy songs that encourage the listener to move to the grove. The project also includes lush ballads with meaningful lyrics and melodies that grab soul. The album is called "Renaissance" because in looking at the world and herself, Valerie has been reborn.  The line-up of songs is about self-worth and acceptance.

Valerie wrote two of the songs for "Renaissance," and the remaining selections were carefully chosen from the works of other seasoned writers.  She chooses the songs which best express what she wants to say with her Music. The quality of the music has always come first when she produces a project, which is why it takes her so long to create an entire album.

Valerie has always been interested in all kinds of Music;  bluegrass, acoustic, baroque, classical, neoclassical, Music from Asia, Middle-Eastern folk, rock, indie-rock, Kpop, pop….in other words, anything with sound! In addition, she loves to study melodies and chord progressions, by which she has always been fascinated.

For example, not many years ago, Valerie heard the arrangement and immediately drew to the haunting melody and lyrics of "I Found," which the indie rock group Amber Run had released. She found herself really enjoying singing the song's unique melody and lyrics. Valerie's final arrangement developed during band rehearsal with her touring band, Liberty Pike. Wally Hughes and Lisa Kay Howard Hughes added harmony to the chorus, and everyone fell in love with singing the song together. It became an "earworm" for the whole group.

Valerie Smith grew up in the midwest, near Kansas City, and was exposed to several musical genres from her childhood through her college days. She watched movie musicals with Judy Garland, listened to country music while her mother worked, sang on the radio, and sang gospel music on Sundays in church. And,  of course, she and her sister listened to classic rock on the radio.  Valerie studied Music in college, where she was exposed to blues, jazz, opera,  and a wide array of other genres; Valerie also studied dance at the University of Missouri, Kansas City. On weekends Valerie would play old-time fiddle near her hometown and developed a love for traditional American string music. Later, she fell in love with bluegrass because of its incredible acoustic sounds, virtuosic musicians, and soulful melodies. The folk and bluegrass audiences fit her personality the best; they love music.
71
What's This
Advertisement