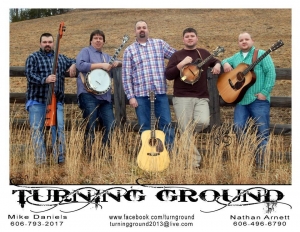 Turning Ground's new single Katie is released
We are happy to announce that our new single, Katie has been released. This is a song written by our own Nathan Arnett and Ralph Adams. Katie will be included in an upcoming bluegrass project that will be released in 2014, a follow up to our debut project, March 2, 2012 which has gone very well for us.