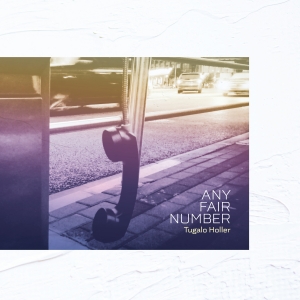 Tugalo Holler presents a compelling blend of contemporary, soulful sounds with strong ties to the traditional roots of bluegrass-gospel music.

Tugalo Holler is based in Westminster, SC. If you don't know where that is, it is about 15 miles from Clemson University in Clemson, SC and about 10 miles from the Georgia State Line. We played our first concert in May 2001. It was at Gap Hill Baptist in Six Mile, SC. Thanks to Jeremy and everyone at Gap Hill for giving us our "Big Break". Since then, the Lord has opened the door for us. We have played at churches, arts and crafts shows, weddings, parties, benefits and many other venues across upstate South Carolina, Northeast Georgia and Western North Carolina.

So, here's the story behind our name. It's not exciting, but you went to all the trouble of clicking on this page, so we'll tell you anyway ... we got the idea for our name from a former co-worker of "Porkchop's". Chris Arrick suggested that the group be named "The Tugaloo Hollerers". We liked the idea, but the name was hard to say. So, we changed it to Tugaloo Holler. The Tugaloo (pronounced the same as Tugalo) is a river not far from our hometown. Many non-natives (from up north and out west) have moved into our area and they pronounce Tugaloo as Two-ga-lou. We decided to change the spelling to T-u-g-a-l-o as to avoid the confusion. We actually took the spelling from the local Tugalo Gas Company. And that's the rest of the story... What's in a name?... First and foremost Tugalo Holler is a ministry. We consider it a privelage and honor to be able to spread joy and happiness and God's word through song. We are a bluegrass band and we enjoy playing gospel, old standards, new songs and some songs that we have "bluegrassified".
15
What's This
Advertisement