Trampled Under Foot - Wrong Side of the Blues 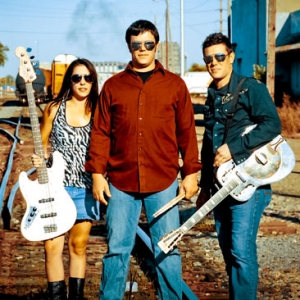 TRAMPLED UNDER FOOT – The Next Great Family Band

The Allman Brothers of Macon, Georgia; North Mississippi Allstars of Memphis, Tennessee… great blues-based Family bands who generated such intense love, pride and excitement in their regional fans that they were propelled to a worldwide stage. Now it’s time to add one more name to that short list: the Schnebelen family of Kansas City, Missouri – TRAMPLED UNDER FOOT.

Siblings Danielle, Kris and Nick Schnebelen grew up with the Blues. Their parents, Bob and Lisa, were active in the thriving Kansas City Blues scene, playing in local bands and competing in the Kansas City Blues Challenge. Bob and Lisa’s band didn’t make it to the International Blues Challenge in Memphis — but their kids did. When TUF arrived in Memphis for the 2008 IBC they were followed by huge, wildly enthusiastic throngs of hometown supporters, eager to cheer for their favorite musical family. And when TUF took First Place in the competition and Nick won the Albert King guitarist award, it was a sweet victory for the Schnebelen family and for Kansas City itself. TUF has been on a roll ever since, becoming popular repeat headliners at clubs, festivals and cruises around the world and releasing CDs and a DVD on their own label.

Trampled Under Foot’s brand new CD, Wrong Side of the Blues was produced by Tony Braunagel, and features guest appearances by Mike Finnigan, Kim Wilson, and engineer/guitarist Johnny Lee Schell. It also features one of their dad’s songs, and backup vocals by their mom. In the future, when people speak of the great Blues dynasties, musical families who breathed the same musical air and produced the highest form of the art, chances are they’ll refer to the Allmans, the Dickinsons, the Burnsides, the Brookses, the Neals… and the Schnebelens.