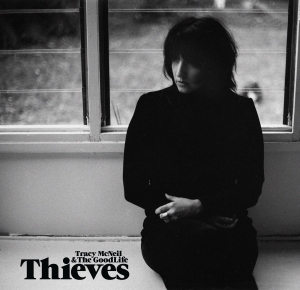 After sell-out album launches in Melbourne, Australia, she has embarked on national tours and has appeared at many major festivals around the country including: Out On the Weekend (VIC), Port Fairy Folk Festival (VIC), Dashville Skyline (NSW), Riverboats (VIC), Bigsound (QLD), Welcome To Morrisonville (QLD), as well as performing at AmericanaFest in Nashville (USA) as part of Sounds Australia. She has support visiting international artists such as Mary Gauthier (USA), Tony Joe White (USA) and Dawes (USA) and local luminaries Weddings Parties Anything and The Audreys.

Canadian born McNeil has been releasing albums in Australia to the adulation of critics since her arrival to our shores in 2007.

“Alt-Country meets West Coast pop/rock, Thieves qualifies as a ‘classic album’ just waiting to be heard. McNeil grew up listening to Fleetwood Mac and The Eagles. If either released any one of these songs today, they’d return to the top of the charts.” Rhythms Magazine

“Sun-faded like your parent’s polaroids, her tunes are played best in a Kingswood winding toward a tropical border.” Perry Duffin, Maitland Mercury