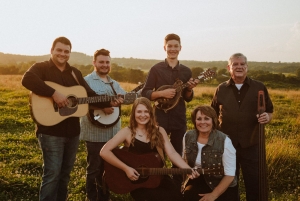 Bluegrass Today Article by John Lawless
Will I Ever Know from Track 145
Posted on August 14, 2019 By John Lawless

Track 145 is a young bluegrass group based in the Sequatchie Valley of middle Tennessee, centered around the singing and songwriting of Audrey Smith.

Audrey is the author of their first single, Will I Ever Know, released independently earlier this month. She is supported by her younger brother, Jack, on mandolin who, at only 15, has already notched a number of contest wins onto his belt; Justin Alexander on banjo, who is set to enter the bluegrass program at ETSU this month on a full scholarship; Colin Mabry on guitar, another multiple contest winner; Eddy Griffin on bass, a 50 year music professional; and Nina Shoup on harmony vocals.

For such a young group, they have made a lot of noise of late, appearing with Bobby Osborne at Bluegrass Underground and performing regularly at Blake Shelton’s restaurant, Ole Red, in Gatlinburg. They have also been recognized as featured artists by Ear Trumpet Lab microphones, and play a busy schedule around the members’ school and work commitments.

Will I Ever Know shows a very poised and professional sound from Track 145.