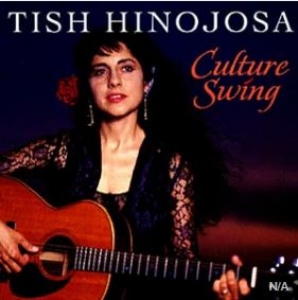 If Joan Baez or Tracy Chapman were influenced by the Mexican-American music of Texas, they might sound something like Tish Hinojosa -- a charming singer/acoustic guitarist who sings mostly in English but can be equally convincing in Spanish. Categorizing this expressive vocalist isn't easy. While "By the Rio Grande," "The Window," and "San Antonio Romeo" bring Tex-Mex touches to the Anglo-American folk and singer/songwriter traditions, "Corazon Viajero (Wandering Heart)" and "Chanate, El Vaquero" are Spanish-language gems that would please Mexican traditionalists. "Drifter's Wind" and "Louisiana Road Song" essentially fall into the country category, while "San Antonio Romeo" pays homage to the Western swing sound defined by Bob Wills. Unpredictable as well as moving, Hinojosa showed considerable promise on this enriching CD.
7
What's This
Advertisement