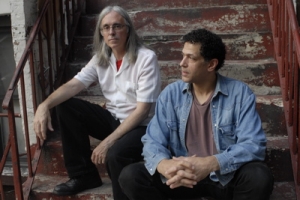 Tim Young is a veteran to the New York music scene for nearly two decades. Following the release of NO STRANGER in 2002 he began a string of over 80 shows at the Electric Banana Bar on west 50th street. At the Banana Tim was able to solidify a great fan base, record a live CD, and continue to produce new material. Once the Banana Bar closed in April of 2005, Tim was invited to perform weekly at the nearby Bellevue Bar where the act evolved into a duo with the addition of drummer Sand Edwards. Following the stint at Bellevue Bar, Tim Young Band was installed as the house band at Club Siberia.

Young began releasing CDs in 2002 with NO STRANGER, a collection of nine original instrumentals self-produced and recorded at his home studio. For his second release RED, his debut as a solo singer/songwriter, he recorded sixteen original songs that explore the emotional landscape of an artist dealing with the way of life in twenty-first-century NYC. Tim Young's third CD THE COST features twelve new songs and a brand new version of his own tune "Renegade" from RED. THE COST takes some similar themes but develops them in a more complex way with the addition of a full band. Tim likes to call this record rock ‘n roll. He takes guitar, bass and drums and puts them together in a classy classic kind of way to create music that envelopes not only rock, but also country and folk influences woven into the fabric of rock ‘n roll.