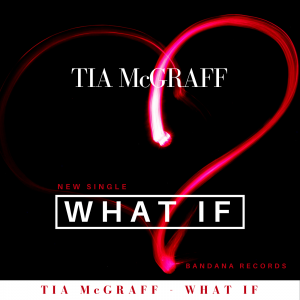 Hailing from south of Toronto, Ontario Canada, Tia McGraff is an internationally-renowned, award- winning Positive/Inspirational singer-songwriter and gifted children’s author. Accompanied by life and musical partner Tommy Parham, they are described as “the modern day, Johnny and June!”
With nine international CD releases, various film/tv placements, and numerous nominations and awards (including Americana CD of the Year, first round nomination for 2018/2016 Grammy Awards, 2019 multi- nominee for Kingdom Image Awards, and Posi Award finalist, 2019 ISSA award for single of the year, as well multiple Best Of lists) Tia and Tommy have earned a respect in the music industry and a global fan base. The duo have a gift for ‘getting to the heart of the matter’ and writing relatable songs about life, love and this crazy world we live in.
Tia’s 2018 album release of “Stubborn In My Blood” and the first single “Let ‘Em See Your Strong” (co- written by Tia McGraff, Devon O’Day and Tommy Parham) has led to stellar reviews, nominations and positioning on numerous 2018 Best Of lists,reaching beyond all demographics and boundaries, adopted by “Me2” and women’s empowerment groups and embraced by radio communities around the world! The
second single, a cover of the classic, “One Tin Soldier” released during the 100th anniversary of World War 1, gained yet another audience and shed new light on the age old problem of war and hurting out neighbours, asking us all to pay heed to the reminder that ‘peace on earth’ is paramount in these times.
The title track, “Stubborn In My Blood” continues to place well on RMR, Euro, Indie and Folk radio charts globally and has been featured on tastemaker and notable radio and TV shows such as Bob Harris Country on BBC Radio 2 in the UK, Tommy Hunter Show (CBC), CMT Canada, Under The Appletree Session (UK), BBC Radio 2 Whispering Bob (UK) and Blue Plate Special (USA), Good Morning Austin (Austin, TX), Ottawa Today, Whats Up Oxford, CBC Morning North (Sudbury), Daytime Ottawa and CHCH Morning Live (Hamilton).
A gifted author, Tia’s children’s book, Jake The Road Dawg (about her rescue pup who travels with them on tour) has helped raise funds and awareness for her local chapter of The Dolly Parton Imagination Library, The Niagara Falls Humane Society and nominated for Author Of The Year for the 2019 Kingdom Image Awards. Jake the Road Dawg inspires readers to find the song in your heart, acceptance in your world and love for life’s adventures. The book comes with a companion CD of 3 original songs by Tia.


In 2020, Tia and Tommy were scheduled to return to the UK for their 14th annual tour, but had to cancel due to COVID-19. While self-isolating they have taken the creative opportunity to produce and release their bi- weekly podcast show Jake’s Place: Songs’n’Tails. The podcast is available on your favorite podcast provider.