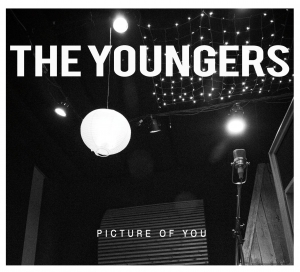 Hailing from southeastern Pennsylvania, The Youngers were founded in 1999 by Todd Notobartolo (vocals, guitar, lap steel, and mandolin) and Randy Krater (vocals, electric and upright bass). 2016’s Picture of You is the third full-length release by the band, following 2005’s Output and 2008’s critically-acclaimed Heritage. Heritage was recorded at the Cash Cabin in Tennessee and produced by John Carter Cash, son of country music legends Johnny Cash and June Carter. The Heritage record, which cracked the top 30 on the Americana Chart and is now completely sold out, featured an all-star lineup of guest musicians including Laura Cash on fiddle, Ronnie McCoury of the Del McCoury Band on mandolin and the late pedal-steel legend Ralph Mooney.  In support of Heritage, The Youngers embarked on a national tour, sharing stages with the late Levon Helm at one of his famed “Midnight Rambles,” as well as opening for Marty Stuart, Lee Rocker, David Allen Coe and Wayne Hancock. Their music has been featured on NPR, Sirius Radio, and Cowboy Jack Clement’s Radio Show. Heritage also received glowing reviews by Vintage Guitar Magazine and the Philadelphia Inquirer. Brand-new for 2016, their highly anticipated follow-up to Heritage entitled Picture of You was recorded at the legendary Sound Emporium in Nashville, TN and engineered by Grammy®-award winner Chuck Turner. Thanks to their sizable network of fans,

The Youngers raised over $20,000 for the project through an online KickStarter campaign. Joining founders Notobartolo and Krater on Picture of You are bandmates Matt Thren (guitar) and Bruce Kissinger (drums). Nashville-based session ace Tony Harrell added some finishing touches on keys. Picture of You will be available for purchase beginning September 17, 2016, and is available on CD and digital download from the band’s website: www.theyoungers.com
9
What's This
Advertisement