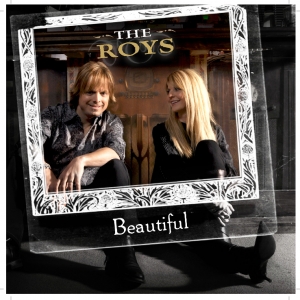 Bluegrass music is a unique art form that is as much about feel and instinct as it is technique. Blending proficiency and passion into a musically intoxicating package, The Roys make their debut with LONESOME WHISTLE ( Rural Rhythm Records) , a spirited set that showcases the siblings’ stellar vocals, taut musicianship and enviable songwriting skills.

“My first real love is bluegrass music,” says Lee. “When I was nine-years-old, I played in my first band and it was a bluegrass band. Ricky Skaggs has always been my hero, and even back in the early days of the Skaggs and Rice records; that’s really where I cut my teeth. As a matter of fact, we were listening to some old stuff we had done and it was amazing to hear Keith Whitley in my voice back then when I was a kid because I was really into those guys.”

With their reverence for legends such as Bill Monroe as well as contemporary torch bearers like Ricky Skaggs, The Roys have crafted a debut set that combines the best of bluegrass music’s traditions with the promise of its future. In recording the album, Lee and his sister Elaine, enlisted Skaggs’ famed band, Kentucky Thunder, and added Steve Brewster on Drums/Percussion and the amazing Randy Kohrs, and even recorded in Skaggs Place Studios. “Being with Ricky’s band was inspiring because those guys are awesome,” Elaine enthuses. “It really makes you want to do better because all of them are amazing musicians as well as amazing people. They love the music and they really put their hearts and souls into it. That’s why we really loved working with those guys.”

“They are literally the masters of their craft,” adds Lee. “Randy Kohrs is playing dobro and Justin Moses is playing the banjo. Those guys live and breathe their instrument. It’s like an extension of their body.”

Lee and Elaine are equally effusive in their praise when talking about bassist Mark Fain, guitarist Cody Kilby and fiddler Andy Leftwich, who co-produced the project with The Roys. Were they at all nervous stepping in to Skaggs’ studio to record their bluegrass debut? “Absolutely,” Elaine confesses. “The first day we walked in there and I started seeing all the pictures of Bill Monroe and Ricky Skaggs and seeing Ricky’s Grammys and all his awards everywhere, I was thinking ‘Oh my gosh! He is really the King of Bluegrass right now and we’re in his studio!’ It was very, very intimidating, but once we got in there and met with the guys and they were excited to be there, we put all that to bed. We thought ‘We’re here to sing and make music. It’s in God’s hands. It’s not even in our hands, so we’re just going to let it happen.’ Once we let it go, the magic happened.”

Recording LONESOME WHISTLE was the culmination of a dream that began for The Roys during childhood. Elaine and Lee were born in Fitchburg, Massachusetts, and the family later relocated to a small town called Coal Branch in New Brunswick, Canada. Music was always present in their household. “Traditional country music and bluegrass is what we grew up on. That’s all we listened to,” says Elaine. “My grandma played the fiddle. She would play Acadian tunes and my aunts and uncles would sing and play multiple instruments as well. It was very traditional roots music. We fell in love with that and our harmonies seemed to fit that style of music. That’s really what we truly love.”

“At five or six-years-old, I became addicted to music and I just couldn’t get enough of the fiddle,” says Lee. “For me, the fiddle growing up was really THE instrument because it was what my grandma played.”

Elaine learned guitar and Lee picked up drums, bass and mandolin. By the time he was nine, he was performing publicly with a local bluegrass band, singing high tenor and playing mandolin. Elaine began singing at age five, and her first paid gig was at age 10. “I performed at a fair located a couple towns over from where we lived,” she recalls. “One of the people that we knew there knew that I sang and wanted me to sing with them. We worked out five or six songs and I got up there and did my little thing. I remember that as if it was yesterday.”

The siblings continued to hone their skills and became sought after entertainers on the New England circuit before moving to Nashville and launching their own label, Pedestal Records. Since then The Roys have opened for George Jones, The Oak Ridge Boys and Chris Young, among others and have enjoyed such high profile national TV gigs as performing on Jerry Lewis’ annual Labor Day Telethon to benefit Muscular Dystrophy. The duo has performed their amazing version of the National Anthem for the Red Sox at Fenway Park, for President Bush at Andrews Air Force Base and at the Kansas Speedway for the NASCAR Truck Series.

Even as their career has taken off, Lee and Elaine have found time to dedicate to helping those less fortunate. They took part in Montgomery Gentry’s annual Harley Ride in conjunction with the Academy of Country Music Awards and Little Big Town’s annual Ride for a Cure, benefiting the T.J. Martell Foundation. This past August, The Roys traveled to Bogota, Columbia with Compassion International where they spent four days in the impoverished country. Now, Elaine and Lee are each sponsoring a child, as well as serving as CI spokesmen.

Faith, music and family are the cornerstones of The Roys’ life and they all intersect on LONESOME WHISTLE. The album showcases Elaine’s beautiful, emotion-laden voice and Lee’s effervescent tenor. The project also shines a spotlight on the duo’s songwriting abilities. They wrote the title track in two short hours while on the road in Maine one night. “The story is about a couple whose lives revolve around a train. The train carries him off to war, she sits and waits for the train to bring him back home - and in the end, the train does bring him home on his last ride,” explains Lee.

The highlights on the album are numerous, among them “Coal Minin’ Man,” a tribute to the life of the miner, and the high energy “Give A Ride To The Devil,” which offers up the sage wisdom that if you “give a ride to the devil, someday he’s gonna want to drive.” “Trailblazer” is Elaine’s nod to one of her heroes. “I have always been a Dolly Parton fan,” she says. “This song reminds me of her and all the women in the world chasing their dreams. I got the idea while sitting in traffic one day behind a Trailblazer SUV. So later that day in a writing session, we wrote this woman's anthem. It's one of my favorites on the album.”

The Roys are excited about making their debut in the bluegrass music community they have listened to and loved for so long. These days they are getting validation from musicians they respect and are excited about their future. Andy Leftwich told us, “You are bluegrass vocalists. You are made for this format, it is who you are. This record is going to be huge because you guys are just so new and refreshing to the bluegrass community. You are going to be a household name!”

Leftwich knows great bluegrass music and with one listen to LONESOME WHISTLE, it’s a sure bet others will agree and it won’t be long before everyone is singing the same tune.