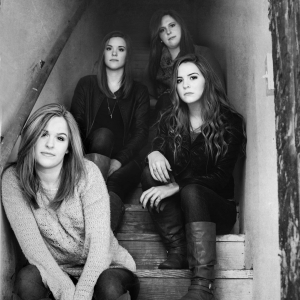 The Hinson Girls are four sisters from Lancaster, SC who have been performing bluegrass music together since 2009. Their love and natural talent for music not only keeps them close as a family, but has opened many opportunities for their band.
In February 2015, the Hinson's won 4th place at the 41st Annual SPBGMA Bluegrass Band Competition held in Nashville, TN. In 2012, they won 1st place at the SC Bluegrass Band Championship held at the Renofest Bluegrass Festival in Hartsville, SC. Also in 2012, they were featured on WBTV Charlotte, NC’s “Carolina Camera”.
The Hinson Girls have released three cd projects and perform over 100 dates a year all over the country. The records are available here on the website and the newest one, A LIFE THAT'S GOOD, will be released to radio and for public download in a matter of weeks.
The girls look forward to performing bluegrass music for many years to come and encourage other young fans to enjoy and participate in this wonderful genre of music.
16
What's This
Advertisement