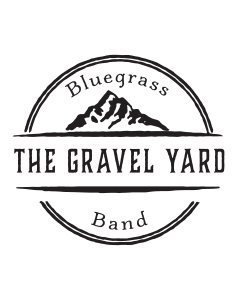 The Gravel Yard Strange Times
𝐀𝐖𝐀𝐑𝐃 𝐖𝐈𝐍𝐍𝐈𝐍𝐆 𝐁𝐀𝐍𝐃, 𝐓𝐇𝐄 𝐆𝐑𝐀𝐕𝐄𝐋 𝐘𝐀𝐑𝐃, 𝐒𝐄𝐓 𝐓𝐎 𝐑𝐄𝐋𝐄𝐀𝐒𝐄 𝐒𝐎𝐏𝐇𝐎𝐌𝐎𝐑𝐄 𝐀𝐋𝐁𝐔𝐌 𝐉𝐀𝐍𝐔𝐀𝐑𝐘 𝟐𝟎𝟐𝟐
The new album, STRANGE TIMES, features hard-driving and soulful originals that are sure to be a staple in Americana collections.
Arkansas, DECEMBER 20, 2021:
The Gravel Yard band is thrilled to announce the release of their sophomore album STRANGE TIMES available everywhere on Friday, January 7th, 2022. The members of The Gravel Yard will host an album release party at Four Quarter Bar at 8:30pm in North Little Rock on January 7th with a $7 cover per person.
STRANGE TIMES broadens the band’s influence and pushes the boundary of what Bluegrass, Americana, Country, or Folk music can and should be. Earlier in 2021, the band introduced Christopher Denny (formerly of Partisan Records) as their lead vocalist. Denny’s unique vocal prowess with its otherworldly, old-time vibrato backed by a “stout as Kentucky Bourbon” crew of lifelong brawling grassers culminates by taking the listener on a journey that breathes a new life into a rich musical history.
With the addition of Cliff Prowse on fiddle, and Tiffany Turner on banjo, returning members Matt Clampit (guitar) Aaron Farris (upright bass), Titus Turner (mandolin) are thrilled to share new material.
“Our fresh, yet nostalgic sound allows us to weave between genres, reaching an eclectic fan base and allowing us to experiment while still being authentic to our roots,” says Farris. “We believe our music will speak to listeners in good times, bad times, and even strange times.”
Formed deep in the Ozark Mountains and fueled by moonlit jam sessions, The Gravel Yard has come a long way in a short time as a musical entity. Fans and critics say the band’s sound is an amalgamation of hard driving traditional bluegrass and progressive musicality – juxtaposed with a soulful Country and Americana flavor. This has never been more evident as it is today as they prepare to release their sophomore project.
To book The Gravel Yard, contact Aaron Farris at gravelyardbluegrassband@gmail.com.