The Domestic Bumblebees- Break Up Bop 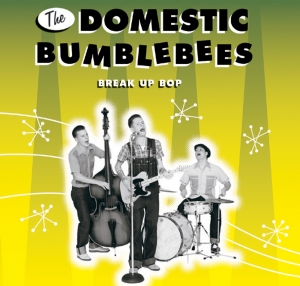 The second album from this Swedish rockin’ blues trio following the release of their first album in 2006.

But it was with the release of this album in 2007 that they really became a well known band and since then they have been headlining shows both on the Rockabilly and the Blues scene.

The track Ain’t It A Shame became a huge underground hit and it is still a solid number in their live set.

They are also a highly regarded backing band for overseas artists when they tour Europe.

Boppin’ Steve is featured on piano on a few tracks & he also handles the vocals on High School Confidential.