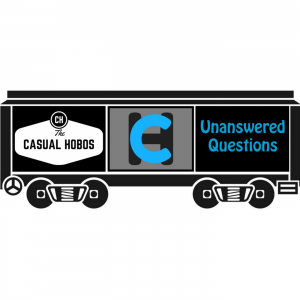 The Casual Hobos are Hard-Driving Pittsburgh Bluegrass. The band was formed in the summer of 2015 when a group of pickers met up at the Bluegrass Jam at the Starlite Lounge. “The original idea”, laughs founding member, Steve Ludwig, “was to put together a little group to do some farmer’s markets. We never ended up playing any farmer’s markets but we sure got a Bluegrass band out of it!” And that was the start. The Casual Hobos name was coined as a tongue-in-cheek nod to the fact that all the members at the time were unemployed. The name stuck and the Hobos were born. Soon, The Casual Hobos began playing in the clubs of Pittsburgh’s hip Lawrenceville section, honing their craft. Distinguishing themselves from the rest of the Bluegrass hordes, The Hobos take Bluegrass music back to its most elemental and purest form. Following in the footsteps of Pittsburgh’s Mac Martin and the Dixie Travelers, The Casual Hobos strive to produce that authentic, Traditional Bluegrass sound. But the Hobos are more than a Traditional Bluegrass band, they also add their own stamp to every song they perform. Digging deep into the archives of the music, the Hobos never cease to thrill the audience with lesser known tunes as well as exciting renditions of old Bluegrass standards.
Their lead singer, guitarist and “hobo-in-chief” is Steve Ludwig. Ludwig brings his strong and unique vocals to the band’s bag of tricks. There is truly no other singer performing today who captures the raw emotion and energy of Bluegrass like Ludwig. His old-school rhythm guitar and one-of-a-kind lead guitar style add texture to the Hobos. Ludwig also lends a portion of his expansive repertoire to the Hobo’s songbook. Veteran bass player Trish Imbrogno holds down the low end of the group. Dubbed “Pittsburgh’s Bluegrass Bass Player,” Her rock-solid timing, excellent harmonies and nventive technique compliment the other instruments precisely. Trish pushes the group to greater
heights, while keeping the low end firmly nailed down!
On The Casual Hobos' EP "Unanswered Questions", Jon Finder played banjo, David Long was featured on Mandolin and harmony vocals and the fiddle was played by Champion Fiddler, Marina Pendleton.
In September of 2019, The Casual Hobos played at a prestigious showcase slot at the IBMA in Raleigh, NC. The Casual Hobos have made several notable appearances throughout the region including The Dollar Bank Three Rivers Arts Festival, The Oil City Arts Council Concert Series, The Butler Ice Jam, The Oil Country Bluegrass Festival, The Winter Blues Bluegrass Festival, The Clarion River Jam Bluegrass Festival and the Wattsburg Bluegrass Festival. In addition, the Casual Hobos regularly play at Rivertowne
Brewing and several other clubs throughout the area. So sit back and enjoy. Whether you are in the streets of Shadyside or the Woods of Clarion, The Casual Hobos have you covered. If it’s Casual it’s the Hobos and if it’s the Hobos it’s going to be Bluegrass
1
What's This
Advertisement