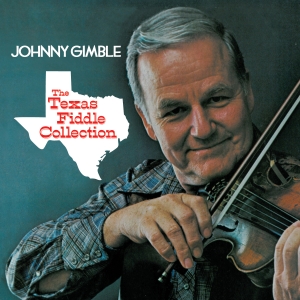 In order to present as much of the variety of Texas fiddling as possible, the recordings, done in two main groups, feature a wide range of accompaniment. For the first group, we were honored to have the talents of one of the all time favorite musicians, JIM BOYD. Jim began playing professionally in the early 1930s, working shows, dances and radio programs, and joining his brother Bill and his Cowboy Ramblers on record. He played later with W. Lee O’Daniel and was a member of the Light Crust Doughboys. Johnny worked with Jim on a weekly television show in the 1950s, and then “had barrels of fun” working with him on the “Aunt Jemima Band Wagon” in the sixties. Jim is still active with the Doughboys and other groups in and around Dallas. He played guitar on approximately half of the tunes on this album, and overdubbed the old “dog house” bass on some numbers.