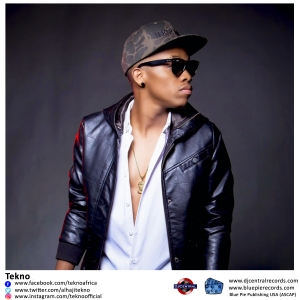 The amazingly talented Tekno is a visionary African artist who has won and been nominated for several awards. He is known by many names – Kelechukwu Augustine, Augustine Miles Kelechi, Tekno, Tekno Miles, and The Golden Boy Of Africa. He is from the Ivo Local Government Area, Ebonyi State. He was born in Bauchi State into a family of five boys and one girl. He was raised in several parts of the country including Nassarawa, Kaduna and Abuja, due to the fact that his father was a member of the Nigerian Army.

At the age of 8, Tekno was enrolled in a music school where he learned and mastered the rudiments of playing the piano and guitar. He is the elder brother to “Starboy” label act Spotless. Tekno was first signed under K-Money Entertainment. His first single titled “Holiday” was released under the imprint. With featured vocals from Davido, “Holiday” was positively accepted and gained massive airplay.

In 2012, while in Abuja, Tekno was spotted by renowned Nigerian comedian Julius Agwu at an event, after Tekno had received a standing ovation following the performance of a song titled “Onye Ne Kwu”, his remix of Ice Prince’s “Oleku”. It was at that same event that he met Iyanya and Ubi Franklyn, the manager of Made Men Music Group. Ubi and Iyanya eventually encouraged Tekno to move to Lagos to further his music career.

On October 5, 2013, he signed a recording contract with Made Men Music Group, under which he released singles like “Dance” and “Anything”, which won him a nomination in the “Best New Act Of The Year” category at the 2014 Nigeria Entertainment Awards. On June 18, 2015, Tekno released his hit single “Duro” which was positively received both in Africa and in the US. A remix which featured Phyno and Flavour N’abania was released on November 16, 2015. “Duro” was produced by DJ Coublon. It topped several charts in Nigeria and on the international scene, and it peaked at #5 on Capital XTRA’s “Afrobeats Chart: Top 10″ for September 2015. On November 20, 2015, Tekno released a single titled “Wash”. The song was produced by DJ Coublon with the video directed by AJE Filmworks.

In 2019, Tekno featured with several other African all-stars on Beyoncé’s album, “The Lion King: The Gift”, a companion albuum to the recent Triple A Disney film. Tekno, Yemi Alade, & Mr. Eazi hit it out of the park with “Don’t Jealous Me”. In the same year he signed a non-exclusive agreement with Blue Pie Records USA and Blue Pie Publishing USA.

As you can see, the clout he brings to the table in his music isn’t just for show, and he has what it takes to back it up! Tekno featuring on Beyoncé’s amazing album is just the tip of the iceberg.