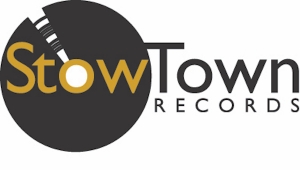 Charles Billingsley "I Was Made for This
Acclaimed singer/songwriter and worship leader Charles Billingsley returns April 10 with I Was Made For This, his first studio project in two years. The highly anticipated StowTown Records (Provident/Sony) set was produced by Keith Everette Smith—a multi-GRAMMY® and Dove Award winner and member of TobyMac’s Diverse City Band—and showcases newly-penned originals alongside classic pop favorites.

Highlighted by the new title-track, a vibrant worship anthem declaring the Savior’s glory, I Was Made For This includes “Rise Up,” co-written by Billingsley and Baloche; the introspective “Sing For My Soul”; and “Spirit of God,” featuring singer/songwriter Tasha Layton. The album also showcases a new arrangement of Newsboys’ megahit “We Believe,” as well as covers of two 1980s favorites: Mr. Mister’s “Kyrie” and the poignant “Fragile,” written and originally recorded by Sting.

Standout track “Play The Man" takes a personal turn for Billingsley. “In Mark Batterson’s book, Play The Man: Becoming the Man God Created You to Be, he shares that as Polycarp—a second century martyr—was being burned at the stake he heard a voice say, ‘Be strong Polycarp, play the man,’" explains Billingsley. "We don’t hear much about what it means to be a real man these days. We don’t see it modeled in movies or talked about in society, but men are called to be strong, gentle, firm, affectionate, generous—all the things God created us to be. Ultimately, I wrote this song for my boys, who are 18 and 19 years old. I wanted them to have it as a reminder from their dad of what it means to be a man and ‘play the man.’"

“The album as a whole is simply a reminder of why we’re on this earth—we were made to worship the Lord,” Billingsley adds. “All things were made by Him and for Him, and our purpose is to bring glory and honor to Him. Every song relates to that theme in one way or another. I intentionally wanted to take listeners on a journey addressing why we exist; the reality of sin; the reality of the Gospel; and finally, worship. The end of the album is a series of powerful moments of worship that celebrate the Hope we have in Him.”

For All Press Releases, Go To: https://www.stowtownrecords.com/news