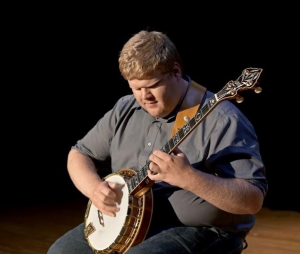 A collection of Steven’s refreshing original music comprises half of the tracks on the album – material that reveals his deeply creative nature and a compositional mastery beyond his years. The remaining half of the album consists of a charming assortment of traditional tunes and cover songs carefully shaped by Steven to fit his unique artistic signature. The supporting cast, including Stuart Duncan, Byron House, Cody Kilby, and James Seliga, as well as Chris Brown, John Cowan, Gaven Largent, David Mayfield, Elliott Park, Chris Sexton, Rosa Vestal, and Scott Vestal, each bring their tremendous talents to the project, summing in something truly special.

Just a Little Talk with Myself takes listeners on a breathtaking musical journey through songs new and old and with influences from cultures around the world. From traditional to contemporary, there is something on this album for everyone to enjoy.