Songs From The Road Band (official) 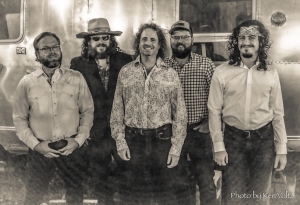 Powerhouse acoustic group Songs From the Road Band has stayed busy throughout the 2020 quarantine, putting the finishing touches on a new album. Wrong Train, Right Time is slated for a 2021 arrival, and its second single “Outside of Omaha” hit #1 on Bluegrass Today’s Grassicana chart. Following up on this recent chart success, the Asheville, North Carolina-based supergroup now announces the release of a new single, “Molasses.”