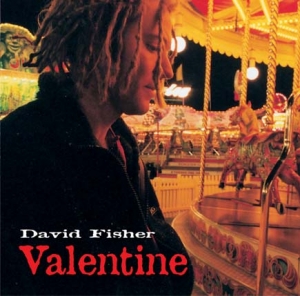 Born in the Summer Of Love in 1966, David Fisher has had a long and illustrious career in the music industry since forming an Indie band with Peter Watts in the 1980’s, which most recently saw one of their 7 inch singles from that period sold on eBay for £80 by a record dealer.
His new album Honeytrap has now been released and includes a selection of top musicians who have worked with the likes of Paul McCartney, Dire Straits, Bono and Bill Clinton to name but a small few. The interest the album has received has already resulted in a large number of BBC and local FM radio stations picking up on his unique sound, with his new single California Sunshine proving to be extremely popular with listeners.
As well as promoting his new album, David Fisher also works with a large number of other bands and artists as a producer in his home studio, has a degree in Philosophy, gets paid for writing songs for CDs that accompany educational books by Oxford University, and also cut a Christmas single with Punk Poet Laureate John Cooper Clarke….
Details on how you can purchase David Fisher’s new album Honeytrap and singe California Sunshine along with soon to be announced gig dates can be found on his website www.summerislerecords.com