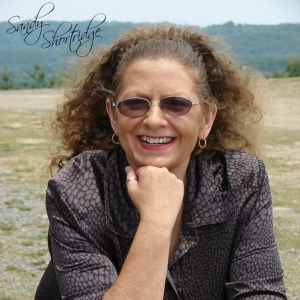 Guitarist and exceptional baritone singer, Sandy Shortridge, is from Buchanan County, situated in the coal fields of Southwest Virginia, bordering Kentucky and West Virginia. She began her musical career at the tender age of ten years old and has become well known as a result of performing on many of the area stages and beyond, throughout her career.

Over the years, Sandy Shortridge has developed into a highly acclaimed songwriter and master storyteller. Her original songs showcase the cultural traditions of the region and easily reveal tears or smiles of emotion from the listener. Sandy shares her personal experiences and stories during her live performances in an intoxicating way, drawing the audience in one by one. Shortridge has released multiple recordings which feature her moving compositions in carefully crafted arrangements and presentation.

She was featured on a two CD compilation recording of 50 current artists from The Crooked Road region called “A Treasury of American Music” (Grandmas’ Gate). Her original compositions which have been recorded by other artists can also be found on “The Music of Coal” (Red Neck Wars co-written with Ron Short), Larry Spark’s 50th Anniversary CD “Lonesome and Then Some” (We Prayed and Journey to the Light), Joe Mullins & the Radio Ramblers new project “Sacred Memories” (Same Ole Dipper) and Kelly Nelson’s gospel project “In the Waiting” (The Son is Always with me in the Mine). Her work was included in the audio book “When Miner’s March”…The Battle of Blair Mountain (“Red Neck Wars”).
6
What's This
Advertisement