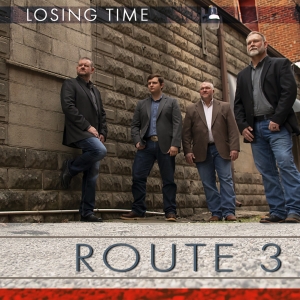 From Southern Missouri, award winning Bluegrass Band ROUTE 3 is comprised of veteran musicians that have performed nation wide. With a traditional sound, many originals, and great instrumentation, they bring a hard driving bluegrass sound

Consisting of Jason Jordan, Doug Clifton, Gaylon Harper and Roy Bond, the band is excited for their upcoming album 'Losing Time' - which is set for release later this year. It marks their debut release on Pinecastle Records as well, after recently inking a deal with the label. The lead single is the upbeat "Cartersville."
21
What's This
Advertisement